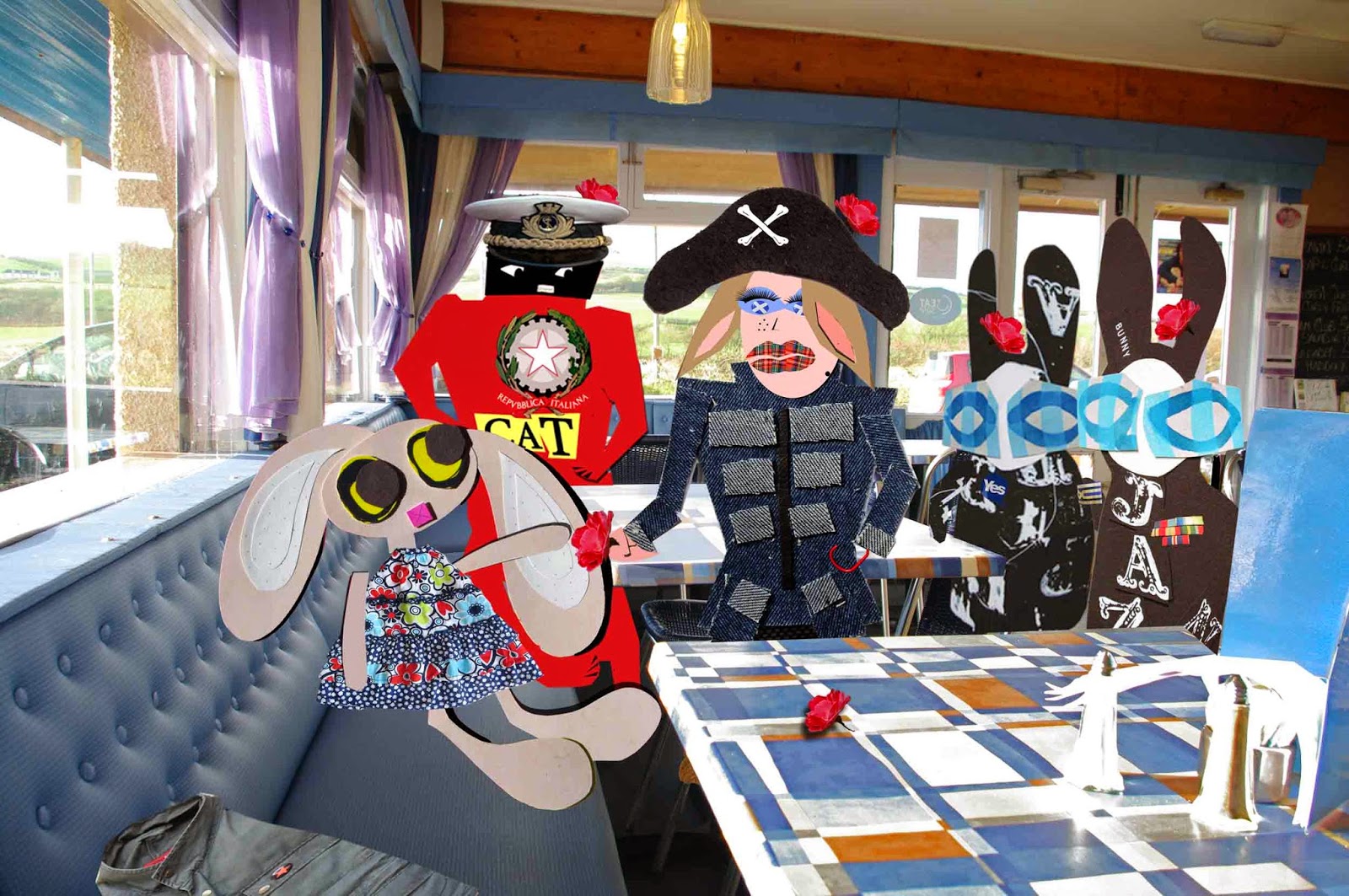 " ... that someone special was the Wabbit." Lapinette spoke softly and the Wabbit nodded gravely. "Our meeting had to be kept secret from our enemies, the Agents of Rabit." Rabbit Jenny took roses from her pockets and passed them around. "Type of adventure, Skratch?" she asked. "This was epic theatre," said Skratch immediately. "Speaking of yourself in the third person confronted our dominant specularity and made us think critically." Lapinette looked directly at Jenny. "What about the hanging washing? That was just a symbol wasn't it?" Jenny smiled and shook her head. "No, I don't take prisoners." "So expensive," commented the Wabbit. Lapinette frowned but she was too far away to kick his ankle. "How many of them were there?" asked Wabsworth. Jenny shrugged. "I really don't recall." A silence fell. "Their bones will bleach in the sun," quipped Skratch. Everyone laughed and Jenny turned to him. "I like you, I like you a lot." Skratch blushed. No-one knew, although his voice trembled slightly. "There's one part of the narrative that needs to be addressed." Jenny raised a considerable eyebrow and Skratch waved at her uniform. "The coins you had sewn into your tunic. What happened to them?" Jenny laughed. "I spent them," she said, "and now I need to find more." The Wabbit's 28 teeth gleamed. "That can be arranged." But Jenny's eyes were on Skratch. "Did I foreground the signifier, Skratch?" she asked. "You are the signifier," he gasped.
at May 12, 2014