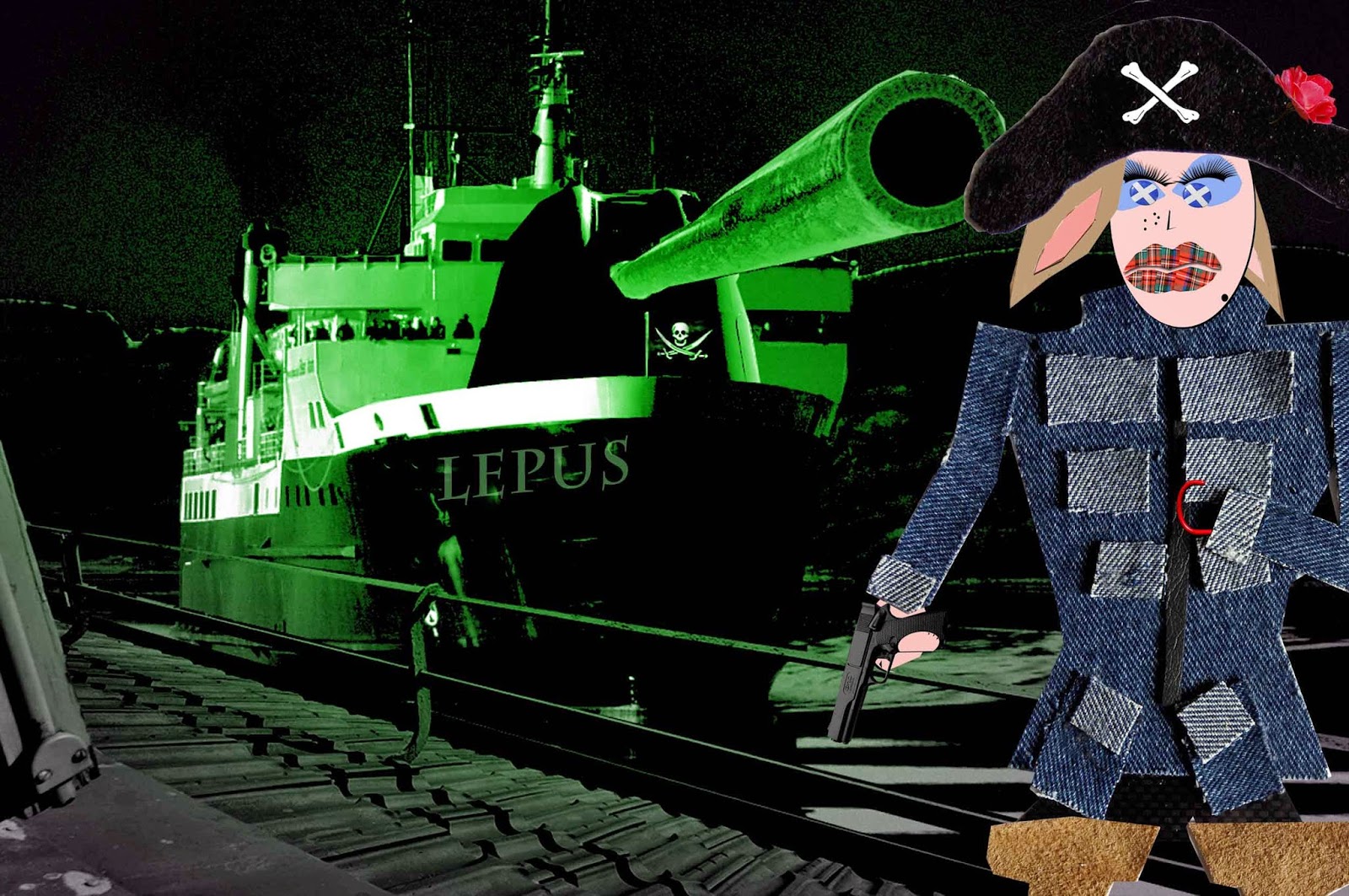 Jenny the Pirate Chief paused for enough time to pour another glass and just for a second she watched her rum swirl. Lapinette reached out to touch Jenny’s paw and her eyes urged Jenny to continue. Jenny's eyes gleamed in response as she put down her glass and went on. "The massive cannon of the ghostly ship overshadowed the harbour and it could easily be seen from Rabbit Jenny’s attic window. But Jenny was no longer there. As she headed down the hotel stairs, she took out the first of the objects from her bag – an object that she quickly unwrapped."  Pirate Jenny stopped talking suddenly and she too pulled out something from one of her many pockets and waved it at her audience before continuing. "A guest stepped forward to bar Jenny’s path but it was his last conscious act. A pistol fired and the muzzle flash lit his cruel face in the dim hotel lobby. “Who are you?” muttered the guest in a last dying gasp before his knees buckled and he sank silently onto the shabby carpet.  Jenny kicked his body aside. She shoved the automatic deep into her fur and glancing in a cracked hotel mirror, she straightened her hat. Then she hopped through the door and onto the hapless streets of the ratty little town where four hundred sailors swarmed in every shadowy lane. They were rounding people up and taking them away, but they stiffened to attention and saluted as Rabbit Jenny moved seamlessly through their ranks, heading directly for the harbour ..."
at May 08, 2014