Pt.8: Jenny and the Seige 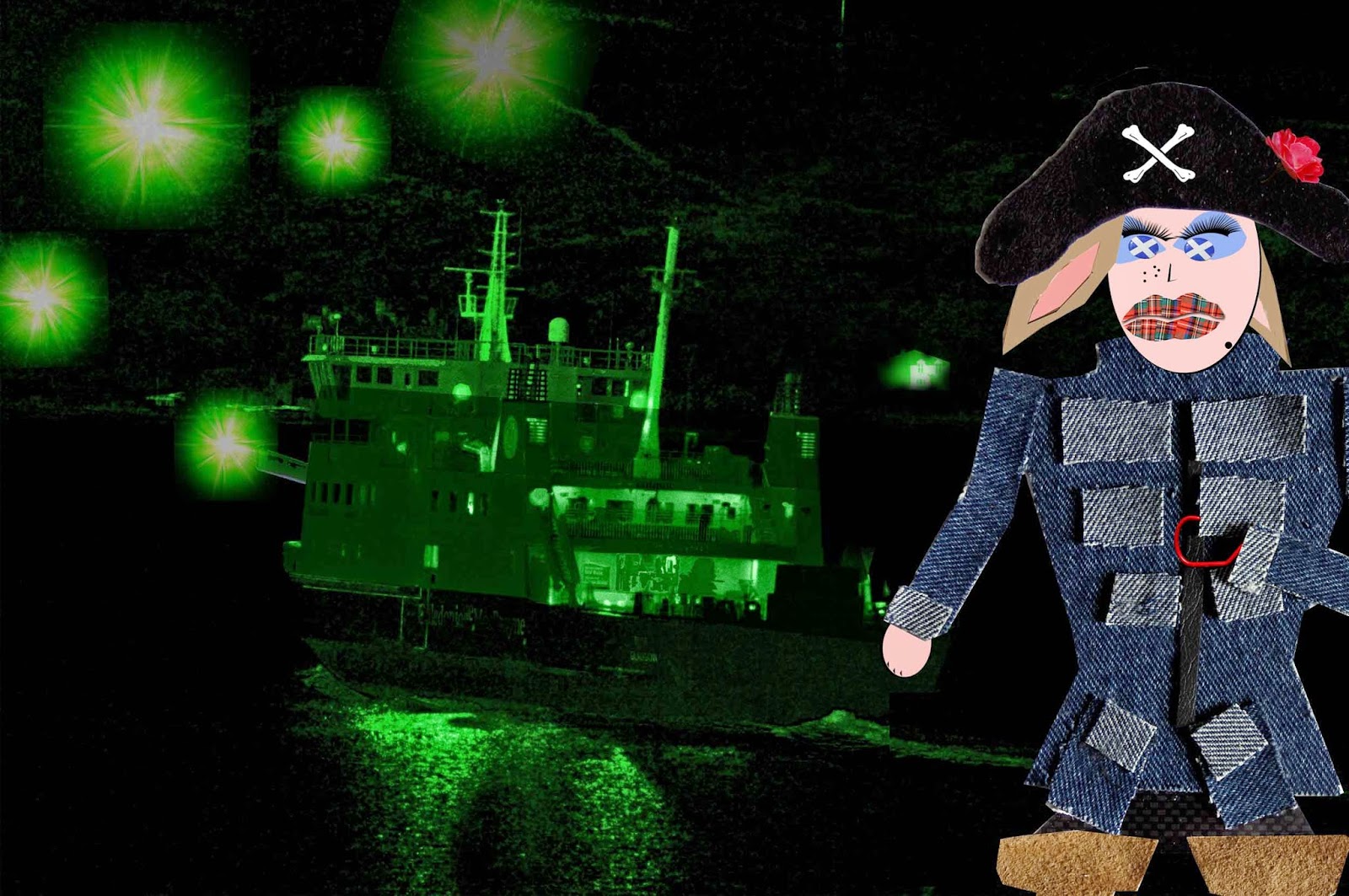 Pirate Jenny wore an intense expression, so wrapped in her story that her glass of grog remained untouched. Her eyes narrowed and it seemed to everyone listening that they were really there with her in that awful shabby hotel. Jenny suddenly lifted her glass, drained the contents and spoke. "Even though the shape seemed far out to sea, Rabbit Jenny recognised a ghostly ship and could make out frantic activity on the deck. She grasped her hat firmly, straightened her red rose and braced herself. Suddenly the harbour lit up as the ship wheeled to port and cannon fire burst from her bow. The town shook and plaster fell from all the walls of the hotel."  Pirate Jenny stopped and waved her hook, pretending to pick plaster from her ears. Now her voice grew menacing. The hateful guests cowered in their rooms and prayed for deliverance but Jenny casually turned from the window. Bending slightly, she levered a loose floorboard with her hook and took out three wrapped objects, which she placed in a small bag." Pirate Jenny paused because it looked like Wabsworth was going to ask about the objects, but he merely nodded, so she nodded back and carried on. "Rabbit Jenny returned to the window. Seeing that the ship had closed on the town she turned to light a lamp behind her - so that her silhouette could watch. The massive cannon on the bow of the ghostly ship swung right and left, up and down, blasting the coast until every building was flat. Except that is ...  for one ratty little hotel.
at May 07, 2014