Pt 11: Jenny and the Last Washing 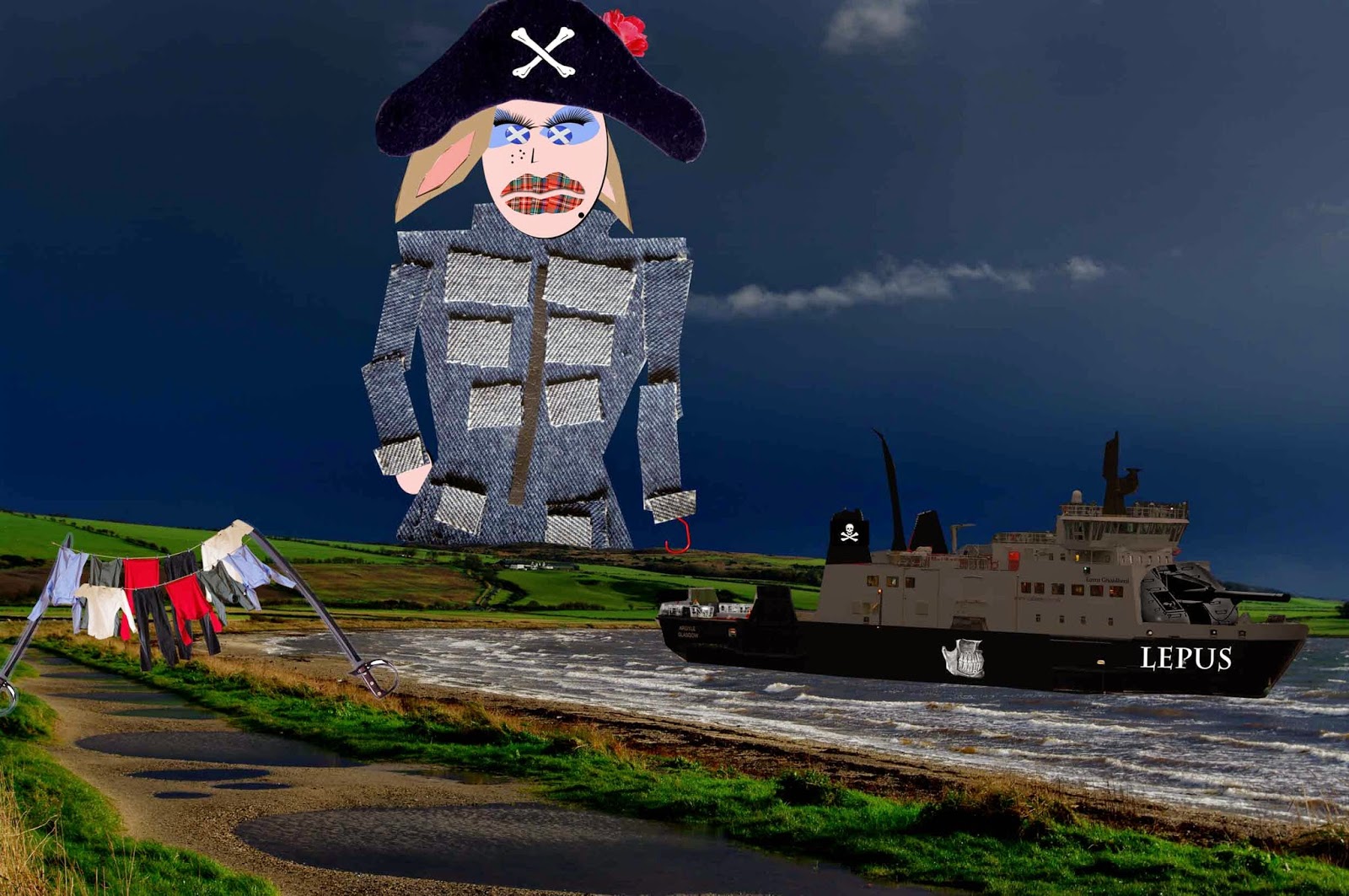 "That can't be the end of the story," said Skratch the Cat, "it's much too exciting." "Yes," said the Wabbit, "we want a coda." Pirate Jenny stared with amusement at her glass and gulped the contents down. "Indeed," she said, "there must be an end, so here's the tail." Lapinette smiled and applauded. Pirate Jenny waved an arm and spoke. "On the deck of the Lepus, Rabbit Jenny opened the third and last of her packages and took out a sack of coins. Then she shrugged off her blue tunic and told the Quartermaster to have the coins made into buttons to be stitched into her uniform. She hardly looked back as her ship slid away from the ratty coast, but she caught sight of the rows of washing she’d left as a warning - and watched as a breeze blew in and filled the garments." Pirate Jenny stopped and lifted her glass in a toast and so did everyone else. "The clothes should have billowed, but under Jenny's gaze they started to jerk and kick in a grim gallows jig. Her nose twitched as if she'd smelled something sour and she turned away from the coast. An ancient and grizzled mariner grasped her fur and asked where they were going. Jenny took his hand gently. A bolt of electricity shot up the mariner’s arm and prickled across his shoulders, but when it reached his heart it felt warm. She told him they would follow the Southern Cross and the mariner asked for the name of the port. Rabbit Jenny shook her head, smiled and pointed out to sea. “We have a secret rendezvous with someone special.”
at May 10, 2014