Pt 5: Jenny and the Watched Window 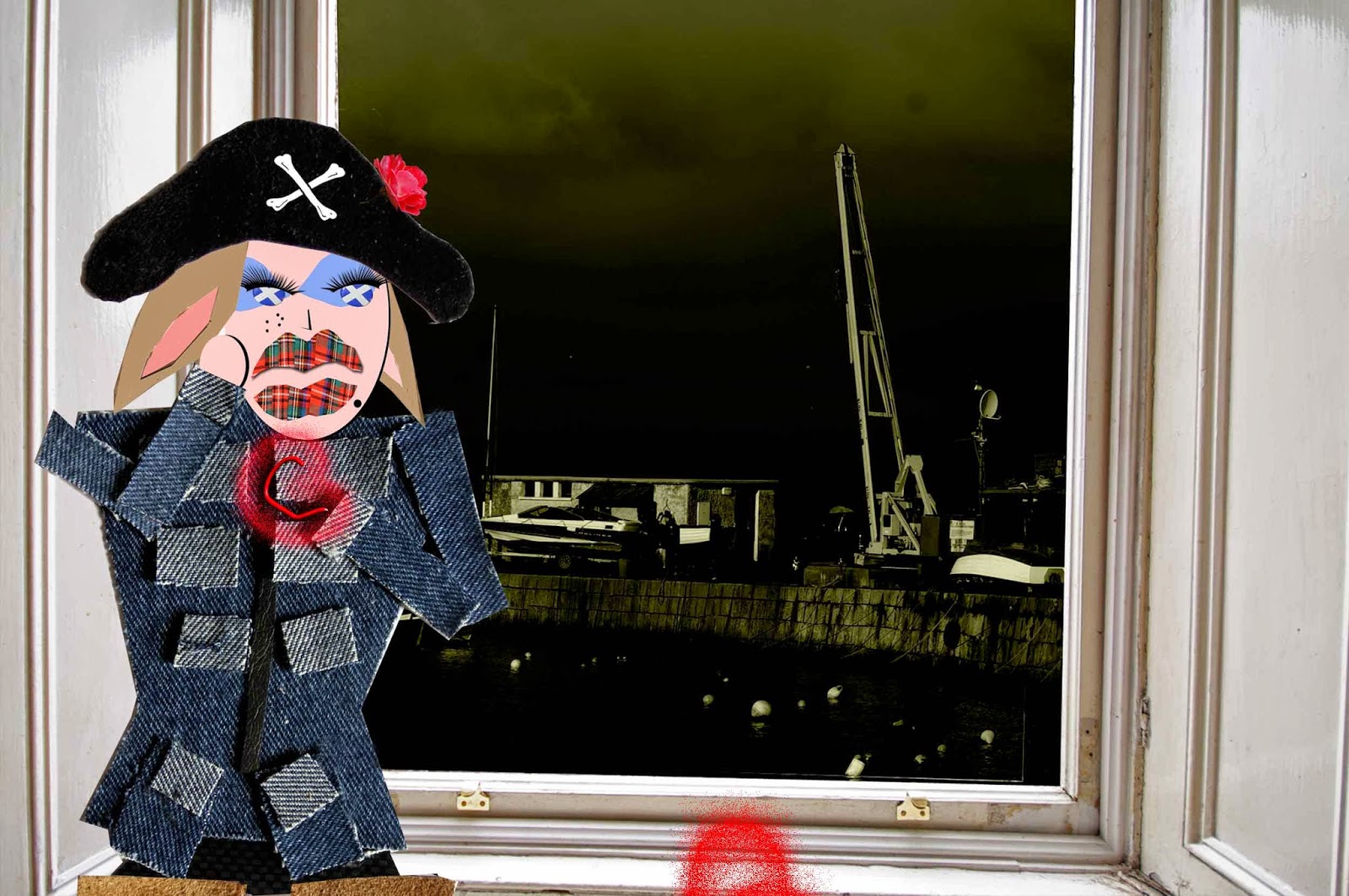 Jenny the Pirate Chief paused in her story and asked for grog. So Lapinette twitched an ear slightly and a waiter instantly appeared with a new bottle of Seven Fathoms rum and 5 fresh glasses. Jenny poured herself a healthy libation, drank it back in one gulp and set the glass down on the table with a crash. Then she began once more. "One night, Rabbit Jenny stared and stared out of the hotel window. Usually, the guests were too drunk to see her and even if they did, they were incapable of movement. But something woke them from their torpor and they noticed her staring there and started to talk. They whispered to each other, “what’s she got to stare at?” and pointed at Jenny and made circular motions with their fingers as if she was mad. Jenny was absorbed in watching the dank harbour so she never saw the guest advance. With one finger on his lips he crept up on Jenny and with a sudden swipe and enormous force, he smashed the window down on her paw."  Lapinette and the Wabbit flinched back but Pirate Jenny held her head high. "If the guest expected her to cry in pain, then he was sadly mistaken because she made no sound. But Rabbit Jenny turned and her eyes burned into those of her tormentor until he shielded his face and turned away. With blood running from her paw, she hopped past the guests and into her quarters ..."
at May 02, 2014