Pt 7: Jenny when The Ship Came In 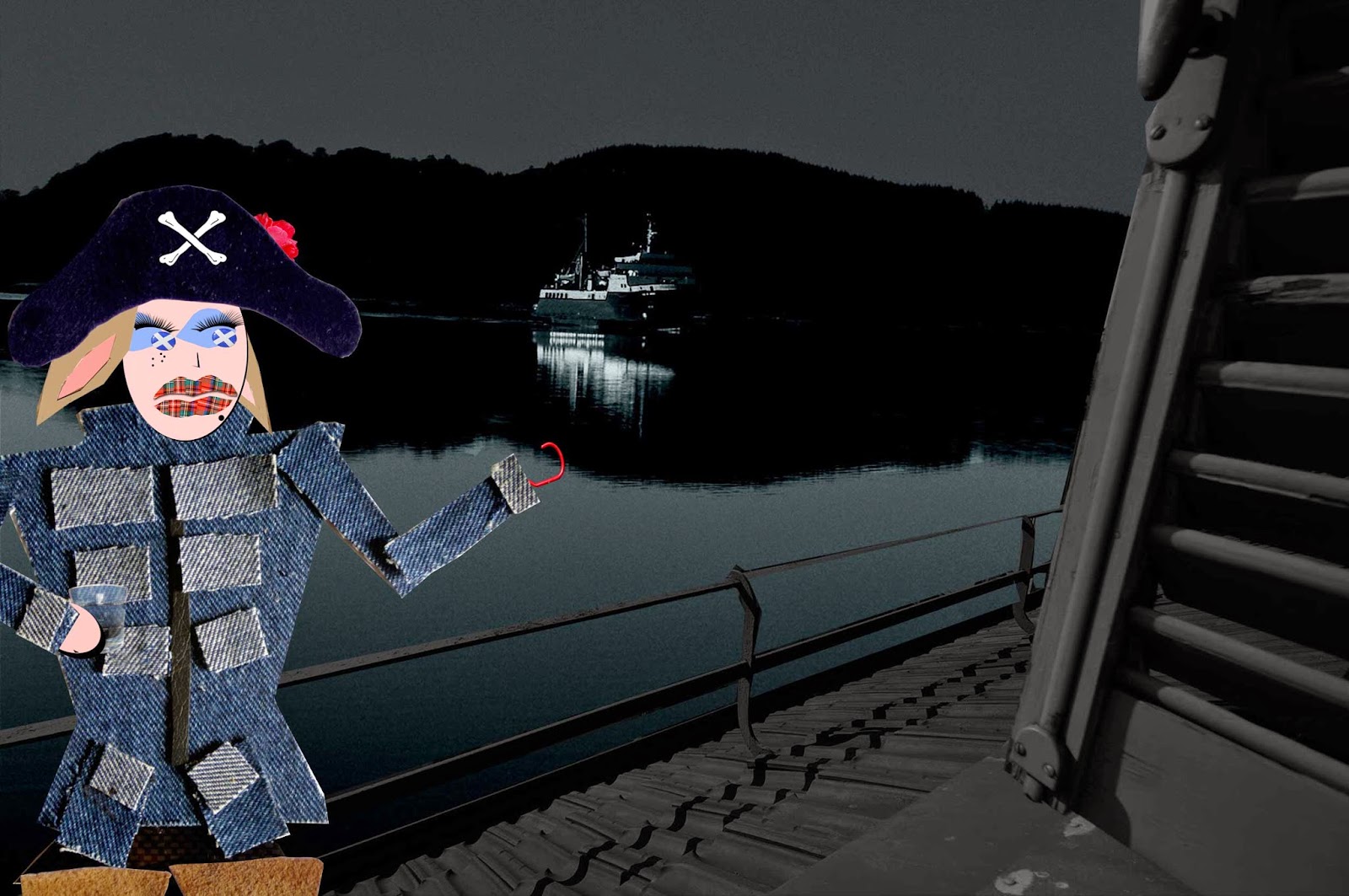 The Wabbit and Lapinette watched Jenny the Pirate as she stood akimbo and swayed her body back just like a pirate should. Everyone was desperate to hear the next bit of story, but they stayed very quiet until Captain Jenny began again. Rabbit Jenny watched the harbour from an attic window in the ratty old hotel, but she did watch. Never a night passed when she didn’t. Her eyes grew tired and her limbs grew weary but she wouldn’t give up. Night after night she watched while the hotel guests slumbered. Long after the dubious deeds were done and the dock became deserted, she continued her vigil and she missed nothing." Pirate Jenny stopped, took another swig of rum then frowned at her empty glass. The Wabbit hopped forward and quickly refilled it while Pirate Jenny continued. "Her task seemed unending. But one night when the moon crept behind the shadows, a shape appeared on the distant horizon and came quietly closer. Rabbit Jenny looked far out to sea and when she saw it, her heart slammed three times under her fur." Jenny slammed her glass three times on the table and when everyone jumped, she smiled. "She went swiftly to a small cupboard, took out a special hat and put it on her head. Then she slid open a drawer and from a recess at the back extracted a flower made from red cloth. Carefully pinning the flower to her hat, she turned to watch as the shape cut through the limpid waters like a knife. It made no sound whatsoever and Rabbit Jenny kept watching. But she got ready to move."
at May 06, 2014