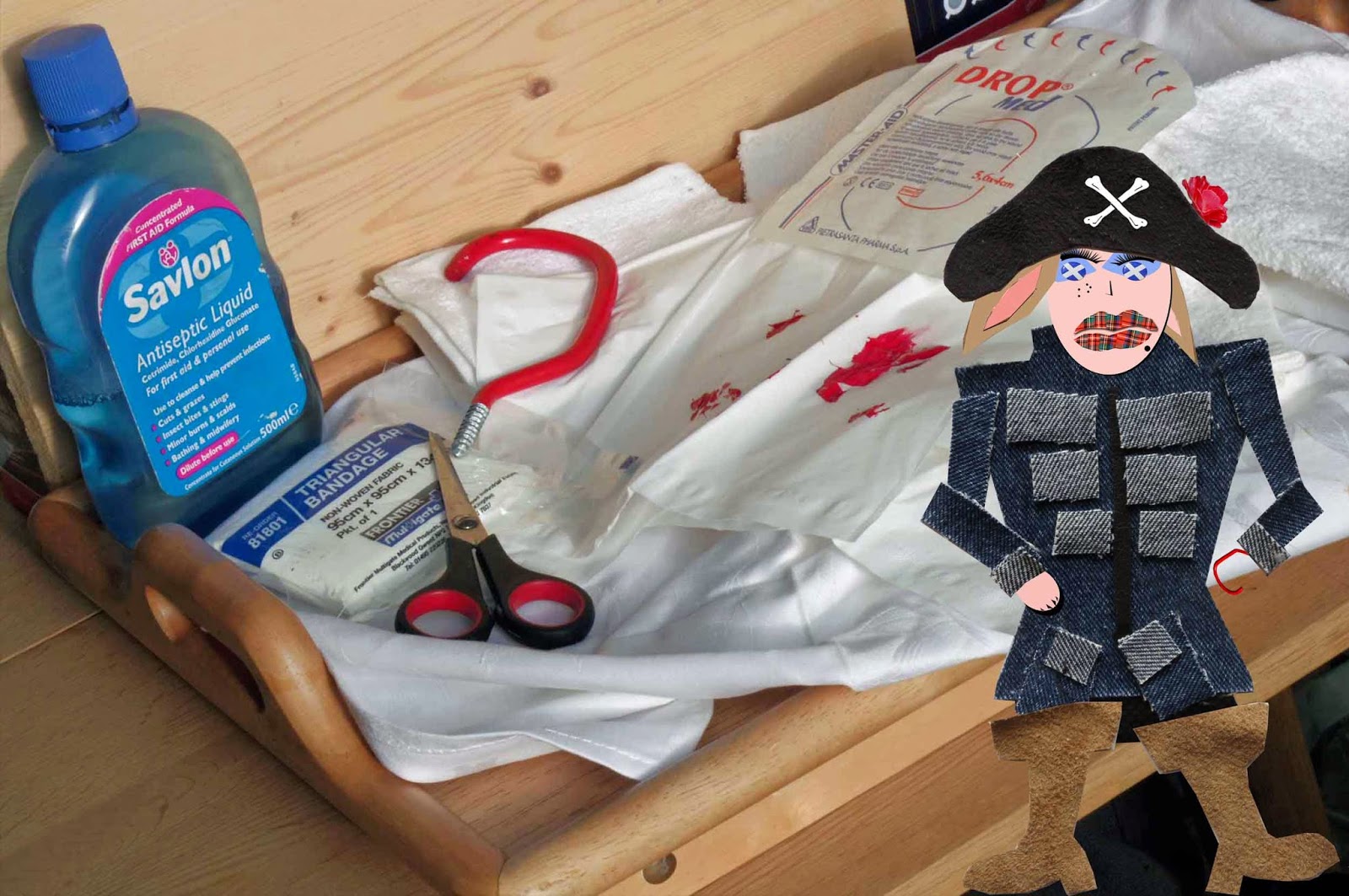 Jenny, the Pirate Chief, took another sip of rum. She closed her eyes for a second and when they opened they seemed to flash. They looked like diamonds catching the light and they clearly said, "No interruptions." Her brow furrowed and her lips pursed as she went on. "In her meagre quarters in the ratty hotel, Rabbit Jenny cleaned her wound and applied bandages. Although spikes of pain shot through her paw, she did not feel hurt exactly. Hurt was something Rabbit Jenny would not allow and she refused to show anything resembling distress. Yet deep inside, some anguish spasmed that was quite unlike the injury to her paw - because it couldn’t be bandaged. Jenny lifted the hook that she’d found in a drawer and gripped it firmly in her injured paw so that she could pick things up. She tried it a few times until she became practiced, then she washed the bloodstained towels and hung them out to dry. And just like before, Jenny ironed each one and folded it neatly. But bloodstains are hard to remove and even though Jenny laundered the towels well, each one bore signs of Jenny’s pain. She gave each towel a name that was impossible to forget and returned to pursue her nocturnal vigil. Rabbit Jenny wasn’t going to give up, but she became wilier. Every night after that she was careful to look behind her. But she also looked up at the moon and silently chanted the list of names."
at May 05, 2014