The Wabbit has an Ethical Dilemma 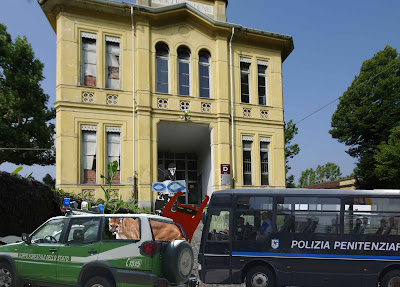 The Wabbit was surprised by the conclusion of events which he, the Wabbit, had put in motion. Various authorities had arrived for Skratch and the puma. But now the puma looked cramped and there was grumpiness and complaints about the work entailed. Sometimes the Wabbit despaired and it was one of these moments. He shook his head back and forth because he did not wish to hear about documentation concerning licensing, validations, approvals, consents, authorisations, endorsements, authentications, attestations, compliances or evidential proofs. Even less did he wish to hear about poor conditions of employment, annual leave, long working hours and a host of other iniquities allegedly suffered by agencies who were supposed to work in co-operation with the Wabbit's department. The Wabbit looked at Skratch and Skratch looked at the Wabbit. They shared annoyed glances and grimaces were exchanged. The Wabbit was tempted to loosen Skratch's restraints, turn the other way and propel the puma back to the undergrowth and freedom. So the Wabbit hopped forward. "Do not poke, prod or otherwise torment this fine puma or I will file a special report. It will create so much paperwork that you will have no time off until your retirement." Everyone went pale except the puma, who was naturally beige. Skratch shook the Wabbit's paw and stepped into the bus. "Be seeing you," said the Wabbit, winking.
at July 07, 2011