1. The Wabbit and the Matter of Advice 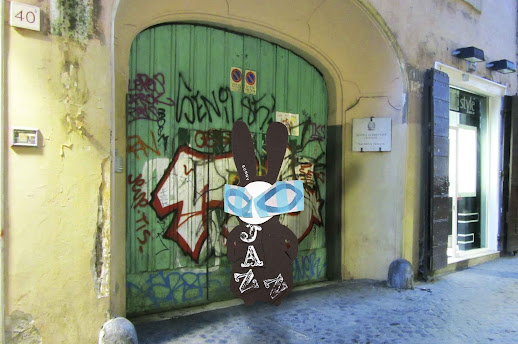 The Wabbit thrust his paws far into his coat and hunched into a school doorway. The night air had become chilly and the Wabbit wished for summer, but the more he wished, the sharper the cold became. "Brrr," thought the Wabbit. He was reminded of his school days, when his only responsibility was to learn stuff from books and repeat it to the satisfaction of his stern masters.  The Wabbit and school had never easily coexisted. He would periodically absent himself and hide in the local library to read about existentialism. In consequence, the Wabbit was apt to think far too hard for far too long. "What am I going to do about Unut’s offer?" he thought. “And what about my alliance with Duetta and the Red Spiders?" The Wabbit thought hard for a while. "I need to take advice," he thought. The Wabbit didn't like asking for advice and liked taking it even less. But suddenly the Wabbit smiled. "I’ll call a Council of War," he thought. "Everyone will contribute. I will throw in my own ideas and get them back. Everyone will think they’re giving me advice." Then the Wabbit realised he had no ideas. He had reached an impasse. "I don’t need a Council of War," grinned the Wabbit. "I need a collaborator ..." and he grinned with his 28 teeth and hopped back into the shadows.
at March 03, 2013