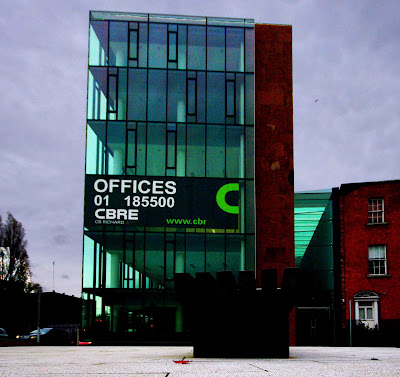 The Wabbit continued his walk in a close neighbourhood and was surprised to come across an interesting building (It was a little known fact that the Wabbit liked interesting buildings). Ever since the Wabbit had been co opted onto the Committee of Experts as a spokeswabbit on Wabbit Affairs, he had been asked about his Headquarters. Of course the Wabbit had no Headquarters. Strictly speaking, thought the Wabbit, it was not good form for a wabbit to have an HQ at all. But this building would make such a good place for the administration of Wabbit Affairs. And it looked as if it had been empty for some time. In the Wabbit's imagination he saw himself behind a massive desk on the top floor. And the floors below were teeming with wabbits carrying out important tasks. But for the life of him, the Wabbit could not think of what these tasks would be. And then the Wabbit lay on his back and laughed and laughed!
at November 20, 2010