The Wabbit and the parking question 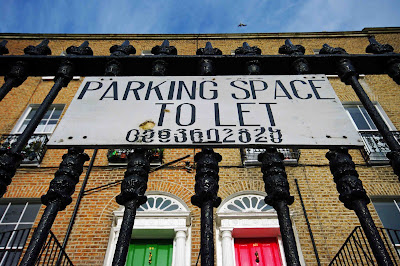 The Wabbit was always wondering about how things worked. Even in his own neighbourhood, which he knew better than most, he felt he had never quite understood everything. But when he noticed the big new sign, he knew that there was something going on. Something to do with space. Although the Wabbit had made his home in the city, he remembered the vast open spaces of wabbit territory. There, no-one would dream of demanding hay or carrots from another wabbit for a space. Wabbits had no need of parkings, so the Wabbit hopped away with relief. He didn't have to put the matter on his list (which was already rather long). And as he loped home he quietly folded his list and tucked it away. Phew! A relaxing weekend was what the Wabbit needed. But then, you could never tell with the Wabbit.
at November 12, 2010