2. The Wabbit and the Secret Boutique 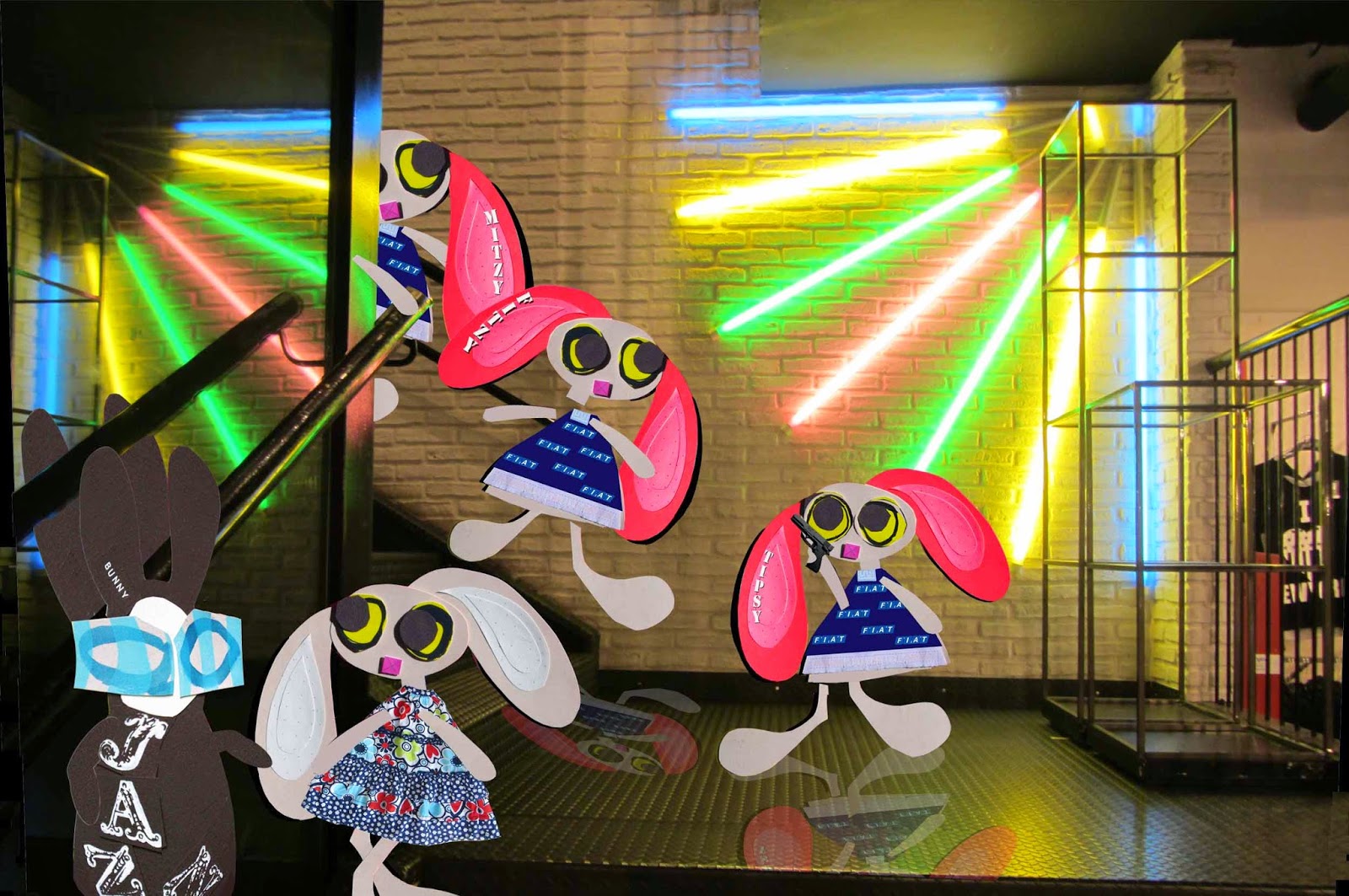 In the dead of night, the Wabbit, Lapinette and her personal guard slipped unseen into Rome. Following a robust breakfast, there was urgent shopping to do. Fitzy, Mitzy and Tipsy decided they wanted disguises - and after they appropriated overalls from a motor dealer in Via Gregorio VII they fashioned them most fashionably. But the Wabbit insisted they visit his Secret Boutique. This lay in the basement of a concrete canyon of a shopping centre and here, the Wabbit had an arrangement to store large quantities of useful equipment. This was completely unknown to the Department of Wabbit Affairs and quietly paid through his Dinosaur Fund. Tipsy had already discovered an automatic of unknown origin and much to the delight of the Wabbit, was trying it for size. "Whatever happens this year," said the Wabbit, "we won't go short on supplies." Lapinette looked shrewdly at the Wabbit. "Please tell me there's no Astrolite G stored here." The Wabbit shook his head. "I have some out on the coast. Do you want any?" Lapinette shook her head. "I'm not planning on leaving earth's orbit this week." Fitzy , Mitzy and Tipsy poked around in every corner. "Commander. Where is this jolly dangerous creature you spoke of?" asked Mitzy, "I'm ready for anything." "He's on the Eve of Destruction," giggled Tipsy. "That's why we're here," advised the Wabbit. "He always is."
at December 08, 2014