15. The Wabbit and Unusual Transport 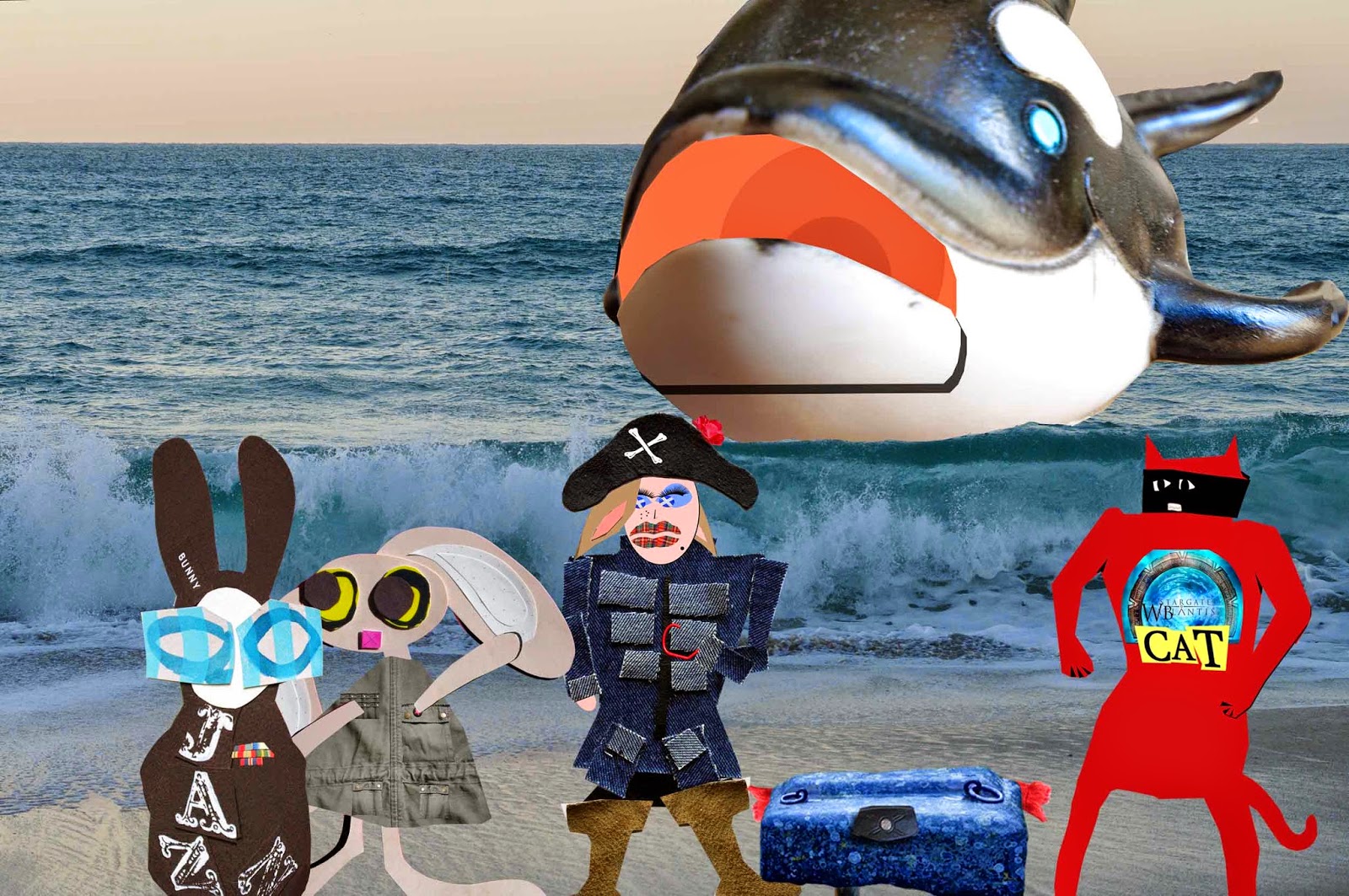 The Wabbit looked into the distance and worried. "Where's Wabsworth?" "He's coming," said Lapinette, "he had some kingship ritual to perform." A strange cry split the air that was somewhere between a screech and a roar. "Please be quick," said Thoth the Whale. "I am thrice impatient." "What about our ships?" asked Jenny the Pirate. "I'm not going anywhere without my ship." "The Unut is in dry dock in Genoa," sighed Thoth, "and the Lepus is being retro-fitted in Troon." "Then how do we get home?" asked Skratch, "and where's my cap?" "You're coming with me," said Thoth, "do you have the Stone?" The Wabbit was furious and hopped up and down. "You knew what we had to find! You knew all along!" "I am thrice duplicitous," said Thoth. "Oh it's no use arguing," grunted the Wabbit. "We all have to get in." "What's it like in there?" asked Skratch. "Thoroughly unpleasant," snorted Jenny who had a clue about whales. Lapinette looked doubtful. There was another noise. "I have pleasant quarters and a full supply of aperitivi on board." "Rum?" asked Jenny. "Seven Fathoms," replied Thoth. "Music?" asked the Wabbit. "Jazz," said Thoth. "Any Highland tunes?" asked the Stone. "Drums, fifes, bagpipes and tabors," said Thoth. "I'm on ma holidays!" shouted the Stone.
at June 17, 2014