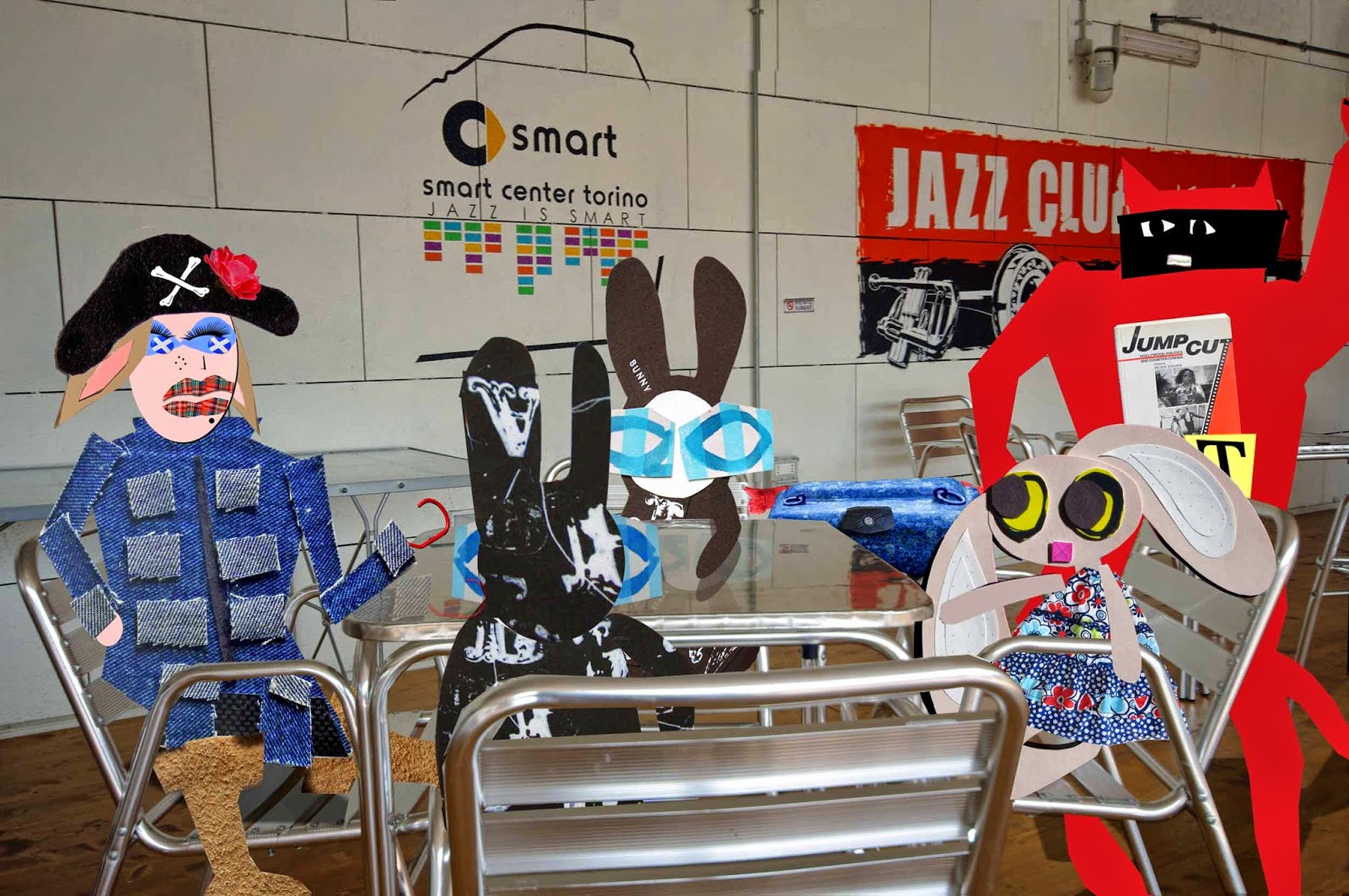 The team assembled at the Jazz Club for a secret confab but Skratch the Cat was late as usual. He liked to make an entrance. The Wabbit had the Stone in his charge and had been briefing him, so it was no surprise when the Stone shouted "I'll' ask the question!" They all pretended not to notice Skratch hove into sight. Suddenly the Stone yelled. "What kind of adventure was that?" Skratch stopped in his tracks and for once he was quiet. "The adventure was recuperated spectacle," murmured Jenny. Everyone looked round and Jenny smiled. "We undercut its hegemony through our directly lived experience." Skratch looked absolutely dumbfounded. "But did we fully foreground the signifier?" asked the Wabbit. "I think," said Lapinette, "that an overweening concern for structure is a sign of a misspent youth." Skratch croaked slightly and opened his mouth. Without warning, Wabsworth the Wabbit's android double, chipped in. "Complex phenomena cannot be reduced like so much soup!" "I'd like so much soup," said the Stone. Skratch was relieved to change the subject. "Of course," he said. "How discourteous of me. What soup will you have?" "Quantum soup," laughed the Stone. Skratch's eyes grew wide as his head. "We're pulling your leg, laddie," said the Stone. Skratch grinned weakly. "I think need a drink."
at June 27, 2014