13. The Wabbit and the Animated Map 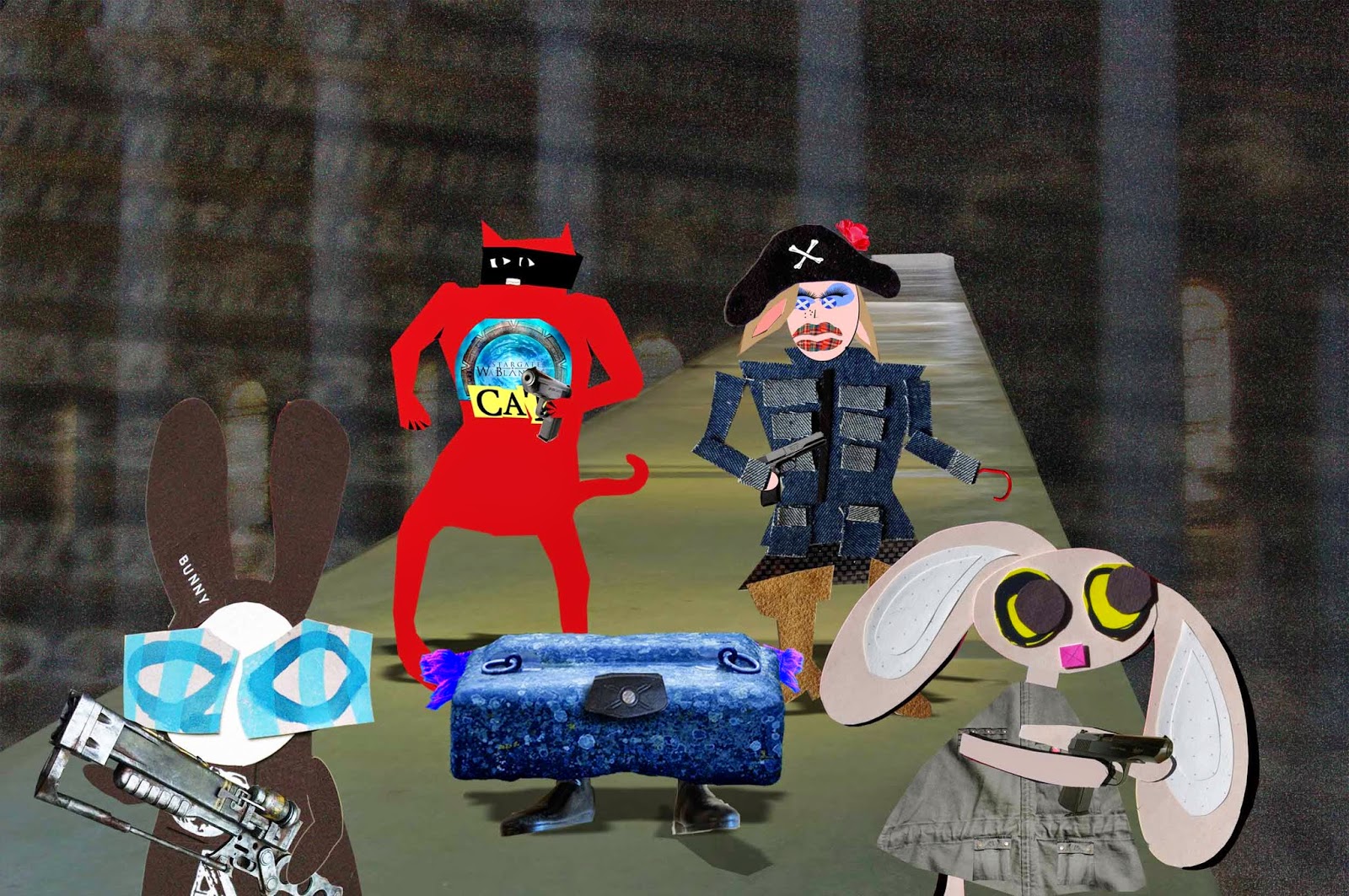 No-one knew exactly what happened but the pillars began to fade and they were back on the walkway over the chasm. Everyone pulled out weapons and looked around, but there was only a flickering of images. "What are these lettering things?" asked Lapinette. "They're the Types of Destiny," said the Stone. "Do you mean you get a choice?" asked Jenny. "Cats get many," answered Skratch. The Wabbit barely heard this interchange because he was calculating. "I'm going to call this the Pit of Relativism," he rasped and he clutched his Snazer close to his fur. "I can see a light there," said Lapinette, lowering her automatic. The Wabbit's head swivelled. "Not all light is good light," he murmured. The five steadily moved along the platform, stopping occasionally and looking about. "It's all artifice," said Pirate Jenny, "we're in the map." "The animated map," laughed Skratch the Cat. "So how do we get out of the map?" said Lapinette. "We hop to the edge," said the Wabbit. "The edge of darkness?" asked Skratch. "One thing I know about edges," said the Wabbit," is that something stops and another thing starts." Jenny racked the slide of her automatic. "I feel like starting something," she said. Lapinette gripped her Makarov and hopped from right to left and bared her teeth. "So do I," she breathed.
at June 11, 2014