1.The Wabbit & the Christmas Mission 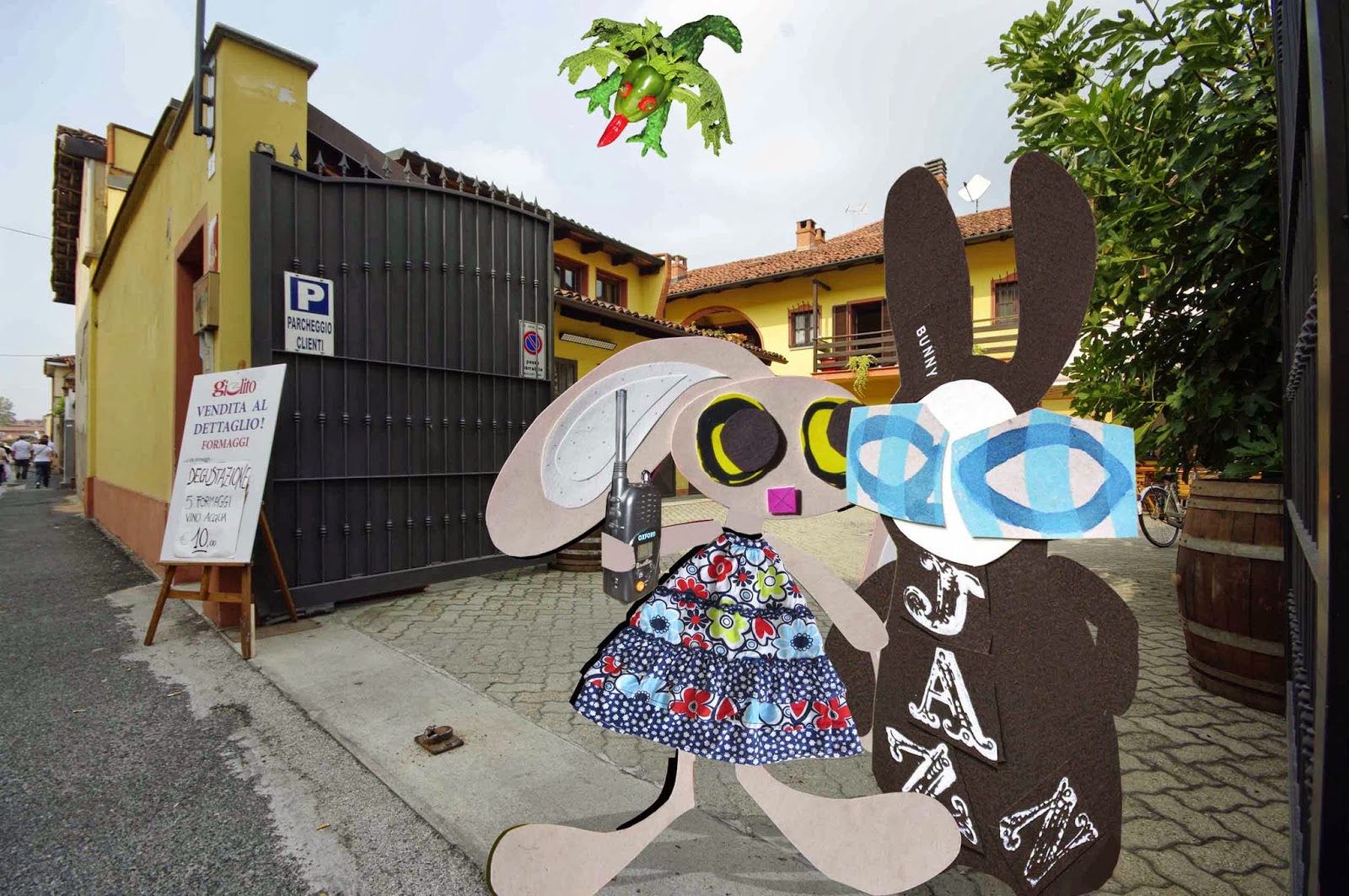 The team left the Adventure Caffè, but Lapinette heard a crackle on her radio and hung back. She placed a paw on the Wabbit's arm and spoke urgently. "Where?" The radio crackled again. "How?" The Wabbit cringed because he knew this was serious. His eyes drifted upwards and he spotted his friend, Tenri the Food Dragon, circling high above. Lapinette signed off and looked at the Wabbit and the Wabbit looked back with a wrinkly nose. "Rome for Christmas?" he said. Lapinette nodded. "Robot was in Rome for a football match, but he's gone missing." "That's not like him. He usually comes back waving a scarf and whirling a noisy thing." Lapinette frowned. "The word is he's been kidnapped along with some other luminaries." "Any sign of a ransom note?" asked the Wabbit. "Not so far," said Lapinette. The Wabbit made a funny sound with his teeth." "When do we leave?" "It'll take a day to get organised," said Lapinette. "I'll get my stuff," said the Wabbit. Lapinette looked surprised because she thought the Wabbit kept everything in his fur. "What kind of stuff?" "Kidnapping stuff," he hissed. Lapinette took a deep breath. "How shall we travel?" "Mob-handed*," said the Wabbit.
[*Mob-handed: In considerable numbers, looking for trouble]
at December 16, 2013