12. The Wabbit and Wabworld W. 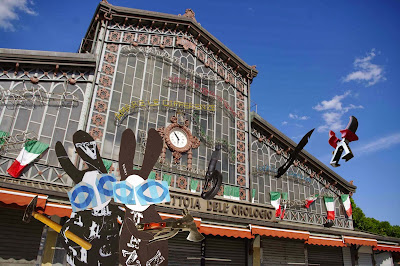 Wabsworth, the Wabbit’s android double, looked on as the Wabbit rummaged through his fur for a suitable tool to fix the affects of the Late Tunnel and the Reggae Creatures. Occasionally he caught tools and placed them on the ground, but some he kept and tucked into his own fur. The Wabbit clutched one of his favourite combination gadgets and stopped. "Are we there yet?" he asked. "I think so" said Wabsworth. "I think we can make a Dimensional Regularisor from these." "I have a few more things," said the Wabbit digging deeper. "What about a power supply?" asked Wabsworth. "I have a battery pack and a multi connector," said the Wabbit." "Or a wind-up eco special, made to help the Third World." Wabsworth shook his head. "How many worlds are there?" "I rather lost count," shrugged the Wabbit. "So what about our world?" asked Wabsworth. "We don’t have a number," said the Wabbit. "We exist in a different space." "Nevertheless," announced Wabsworth with passion, "it should have a designation." The Wabbit paused, then explained that three working parties and no less than seven task forces had failed to agree and were still arguing about it. "My suggestion is "Wabworld W," said the Wabbit. "I like that," said Wabsworth. The Wabbit grinned a very broad grin indeed.  "That now makes two of us."
at December 09, 2013