13. The Wabbit and the Dimensional Regularisor 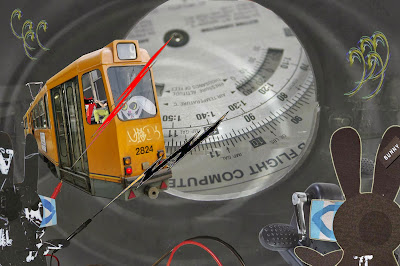 The Wabbit and Wabsworth assembled everything they could find and made a Dimensional Regularisor. The Wabbit had shrugged and said “How hard can it be?” and they made it in no time. Now, via a secret passage known only to the Wabbit, they located in a hidden corner of the Late Tunnel and pedalled up the eco-generator. Inside the tram, it looked as if nothing had happened, but the Wabbit could see Lapinette was suddenly aware and looking out the window. “Everyone keep calm,” muttered the Wabbit to no one in particular. He gave the generator another three turns for luck and shouted to Wabsworth. "Hit it!" Sparks shot from electrodes and two lightning bolts leapt across the void to hit the Regularisor they had fashioned from an old flight controller. The reggae creatures assembled into groups as the tram started to shimmer. "I think its working," said the Wabbit. "I had no doubt," said Wabsworth. "So what do we do for an encore?" mused the Wabbit. "Replace all the lost and found objects I suppose. That might be fun." Wabsworth smiled broadly. "What about the Number Nine Tram and passengers? I suppose we should bring them back to normal life." "What's that like?" asked the Wabbit.
at December 10, 2013