4. The Wabbit's use of Intelligence 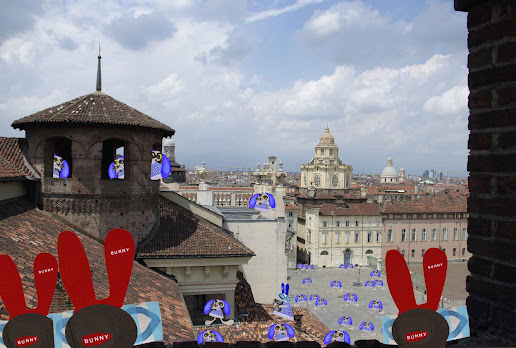 They had only turned away for an instant but when they looked back, the scene was alive with Lapinette’s personal guard. The War Game looked over until Khargoosh and Lepus saw an impassive Wabbit make a discreet signal to someone down below. Lepus looked hard. "There’s a funny looking one down there Commander," he said, "and to tell you the truth, she looks a bit like you." "No-one can have two genders and be in two places at once," said a shocked Khargoosh. "I did heard rumours," said Lepus doubtfully. The Wabbit grinned with all of his 28 teeth. "Those who do not employ spies," he smiled, "are unable to gain advantage in the Situation." "What is our Situation, Commander?" asked Lepus. "Hopelessly outnumbered," said the Wabbit, "but we won't throw ourselves against an impregnable enemy." "Then what’s the use of the spy?" queried Khargoosh. "We know exactly by how many we’re outnumbered," said the Wabbit, "and my spy has led the Blues to think we are many - that is also to our advantage." The Wabbit paused for effect and flicked an imaginary speck of dust from his fur. "They expect us to creep after them and use our height advantage," he continued, "so we’ll go down instead." "Won’t they trap us at the lift?" asked Khargoosh. "Lifts are dull," said the Wabbit. "Besides, I know a fun secret staircase." "When you sweep the stairs, you start at the top," said Khargoosh. "So let's sweep," said Lepus. And off they hopped, making sweeping motions with their paws.
at August 16, 2012