2. The Wabbit and the First Clue 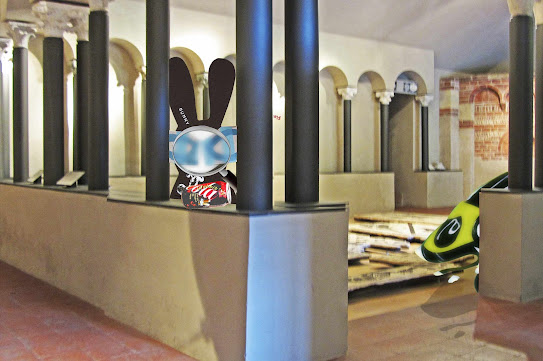 The Wabbit hopped through the ancient exhibits on his way to the palace exit. He was rather familiar with all the displays, so he paused immediately when he saw a discarded can of Wabbit’s Cola, his new invention. A "clue!" cried the Wabbit and he searched deep in his fur to pull out a magnifying glass worthy of Sherlock Holmes. He thought he could see a paw print on the can but he didn’t recognise it so he peered closer. With his eyes so close to his magnifying glass, the Wabbit caught sight of a familiar yellow reflection in the rim, but he pretended not to notice. "What’s a lone Skuttle doing here?" he murmured to himself. "I’m a clue," said the Skuttle. "I don’t have time for Skuttles today," said the Wabbit. "I’m on a serious detective mission." "I’m a clue." repeated the Skuttle. The Wabbit shook his head. "I am," insisted the Skuttle, "so what do I represent to you?" The Wabbit thought of various things that couldn’t be mentioned in polite company. "You’re stealing my Cola?" he ventured. "We hate Cola," said the Skuttle.  The Wabbit pondered. "You like drinkin' wine," he said. "Spo-De-O-De!" sang the Skuttle triumphantly. "The thief is drinking the Cola, so it’s not Skuttles," thought the Wabbit and immediately that thought came into his head, the Skuttle began to disappear. "When I’ve eliminated all that is impossible, then whatever remains is the truth," thought the Wabbit. "No matter how improbable," whispered the Skuttle and it vanished into thin air.
at August 02, 2012