7. The Wabbit and the Big Return 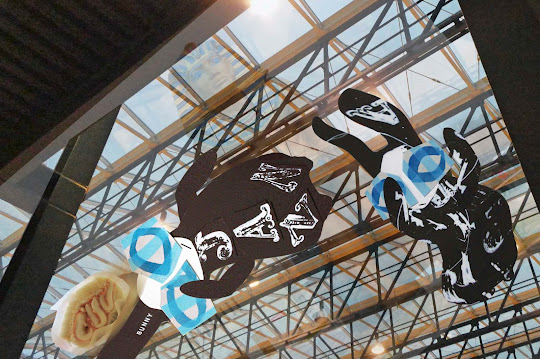 They were falling again. One minute they were on Charon's shoulders and the next they were back in the shed. The air felt clean and nice compared to the dankness of the River Styx. Their descent was slow, even though they were somersaulting. "Whoah!" shouted the Wabbit. "Where were we?" shouted Wabsworth. The Wabbit grabbed at something falling past him. It was the sandwich he'd been promised. "I think we crossed into the underworld and got sent back." He took a munch of his sandwich. "Very nice," he said. Wabsworth spiralled round. "Maybe we got rejected, since we weren't really dead" he ventured. The Wabbit had time to think as he span. "Or maybe the Underworld is really the Overworld. Everything becomes its opposite." They were beginning to reach the top of Wabsworth's pyramid, which was where they started their journey. Wabsworth had time to be philosophical as they came in to land. "Maybe we're all alive and dead at the same time. We're like Schrodinger's cat." The Wabbit continued to spiral. "Maybe we thought outside the cat box," he suggested. "Maybe that's right - or wrong," replied Wabsworth. They both touched down and the Wabbit finished his sandwich. "You know, that wasn't bad at all." Wabsworth laughed. "Do you fancy going back for another one?" The Wabbit shook his head like a donkey. "Never go back," he said. "Go sideways then?" smiled Wabsworth.
at August 20, 2020