3. The Wabbit and the Naked City 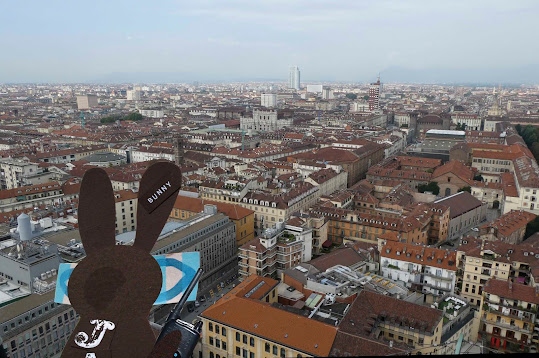 The Wabbit looked out over the city. He often came up here when he needed to think and this was such a time. Two bodies and no clues. Somewhere down there was the answer, but the answer was hiding. He watched buses and trams go about their everyday business and somehow he knew that the murderer was on one of them - going to the next murder probably. This was a headache and no amount of paracetamol would fix it. He mused over the facts. Three bodies made up to look like the agents of Rabit - one killed by hanging and stabbing and the two others were deliberate drownings. According to forensics, the killings were in the night. But a curious fact had come to light. All three were going to the same event, a debate on flight travel for small mammals. The function was to be over the next three days but these rabbits wouldn't make it. There were names on the on the guest list - a Mr A.N. Other, Mr. A. Attendee and a Mr A Newman - all no-shows. The Wabbit grimaced. He could see the venue from his spot on the Mole Tower. What connected them? An esoteric knowledge of small mammal behaviour on planes perhaps? The Wabbit shook his head and tried to think hard. He lifted his radio. "Calling Lovely Lapinette. Come in please." The radio whined and whistled. "Lovely Lapinette here!" The Wabbit thought for another second then, "What do we have on small mammals on planes?" Lovely Lapinette rustled some papers. "Quite a bit as it happens." "Go through the names," said the Wabbit, "and get me any authorities corresponding to initials ANO, AA and AN." Lapinette's voice was sceptical. "When would you like it?" "Yesterday!" smiled the Wabbit.
at August 28, 2020