1. The Wabbit and the Aimless Hop 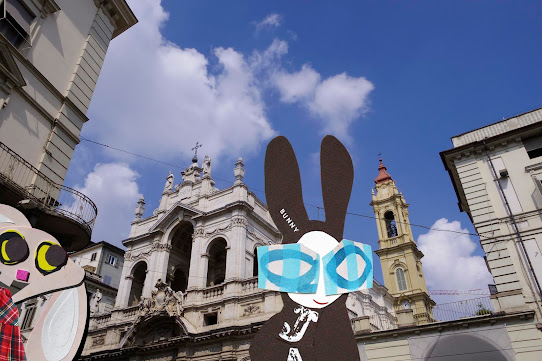 The Wabbit hopped aimlessly through the city with hardly a care in the world. He tried very hard not to think, because the minute he realised he was enjoying himself, he would feel anxious. He preferred to be at one with the city; to merge into it, to become indistinguishable from it. "Ultimately I will vanish," he smiled. He looked down at his fur. He hadn't vanished. "OK," said the Wabbit, trying hard not to think. "I will merely taste the flavour of the day." He ambled on, sniffing the air. Memories popped into his head - times gone by, missions accomplished, enemies defeated. "All in the past, transient and fleeting," grinned the Wabbit. The Wabbit growled. He'd remembered he was between missions and that was a place he didn't like one bit. He fished in his fur for his radio, but then drew back, empty pawed. "Lapinette insisted I relax." He continued along the street but stopped dead when he was struck by a sudden insight. "Trying not to think is thinking too." The Wabbit gave up and headed along the porticos to the river to watch the water go by. But something made him turn. It was Lapinette. "Wabbit, Wabbit, your new mission papers arrived, they want you at the Department." The Wabbit hopped with glee. "Don't they know I'm taking a relaxing break," he yelled.
at June 17, 2019