5. The Wabbit and the Clan MacDrab 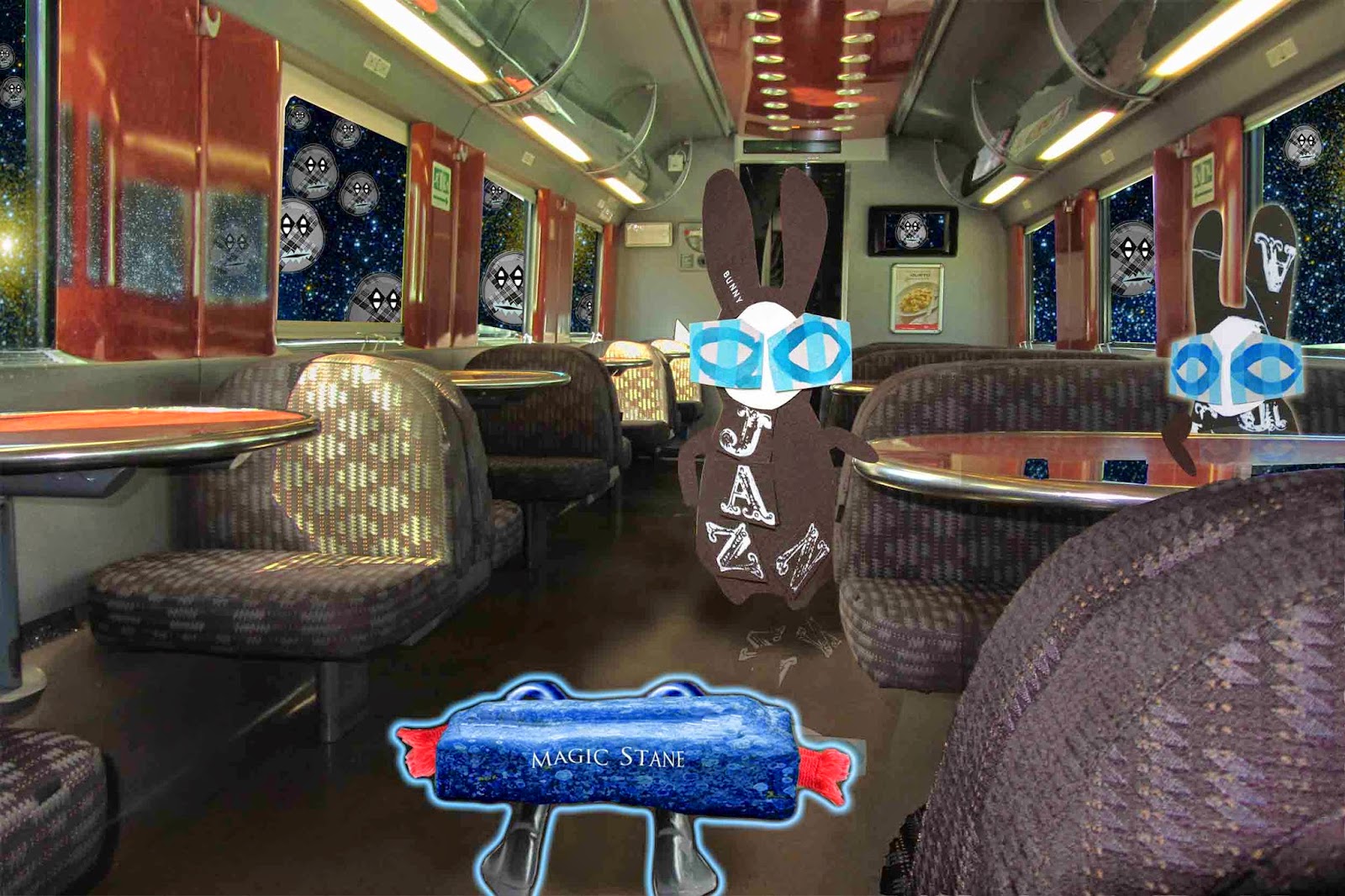 "Who are they?" asked the Wabbit. Creatures loomed at the windows of Quantum's restaurant car and peered in with sharp eyes. "These are the Drabs of Clan MacDrab," said Stone. "I've never heard of them," said Wabsworth. "There are more creatures in heaven and earth, undreamt of by androids," said Stone. They watched as Drabs pressed their granite grey faces against the windows. "I don't like the look of them, Stone," said the Wabbit. The Stone began to vibrate slightly. "They're so dreary and hostile they were banished," he hissed. "It didn't work," said the Wabbit, glancing out. "Well I'm gonnie deal wae them now," said Stone. The Wabbit shook his head vigorously. "No can do!" But Stone glowed a pale blue colour that gradually darkened. "I outrank you, sonny." The Wabbit shook his head again. "I just can't allow it." Now Stone was getting bigger. "I'm going outside," he said. "Ah know whit I'm doing." Now the Wabbit pricked up his ears because he could hear a scraping along the carriage that set his teeth on edge. "OK, what's your plan?" he sighed. "It's them or us," said Stone, "so I'm going to send them to a greyer place." "You'll need a helping paw," said Wabsworth. "Don't worry," snarled Stone. "I'll grind them finer than space dust."
at July 30, 2014