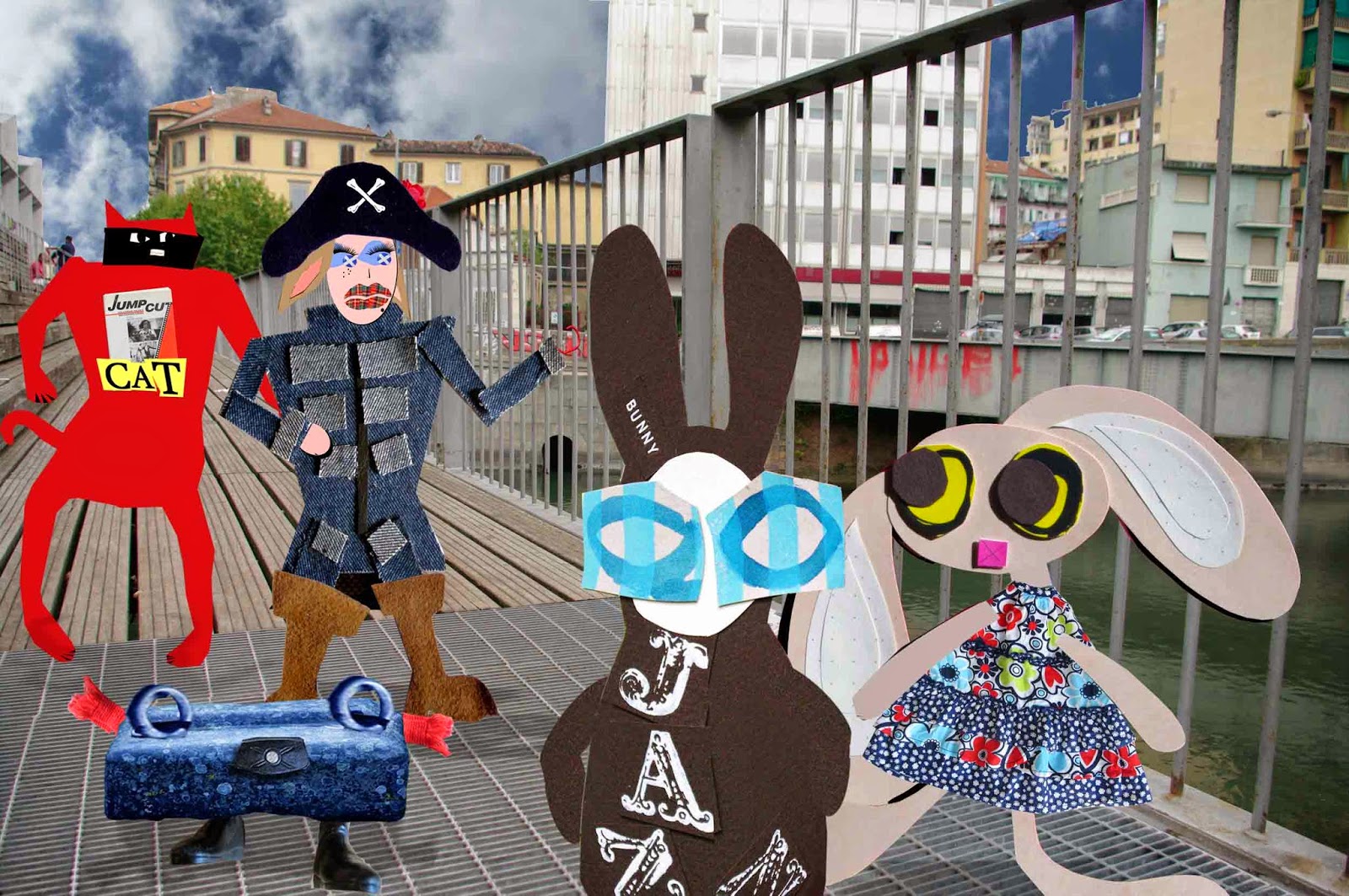 The Wabbit decided there was safety in numbers but he still wasn't happy about enemies appearing at every turn. "Do you have a plan to keep the Stone safe, Wabbit?" asked Lapinette. The Wabbit shrugged. "To tell you the truth I don't." "I'm perfectly aw right," said the Stone. "I'm enjoying myself." The Wabbit was not impressed. "Everyone's looking for you!" he snapped. Skratch the Cat was feeling rather out of things and his voice came booming from the rear. "There must be a price on Stone's head." "Ah hope it's huge," said the Stone. The Wabbit paused for a long time and Lapinette watched him carefully. "I have an idea," he said." "I have a better one," said Rabbit Jenny the Pirate. "You first," said the Wabbit. Jenny smiled. "We can manufacture several stones identical to our Stone - then offer them for sale on the open market." "That will flush out the rest of our enemies." said Skratch with relish. "But what about the safety of our Stone?" asked Lapinette. "Now for my idea," said the Wabbit. "We'll take Stone off-planet until Jenny's plan is executed." "Oh!" exclaimed Stone. "I've never been off-planet, is it guid?" Skratch nodded gravely. "There's an awful lot of it," he purred. "Ach," laughed Stone, "Ah feel like a change of scenery."
at July 21, 2014