4.The Wabbit and the Zombie Hostages 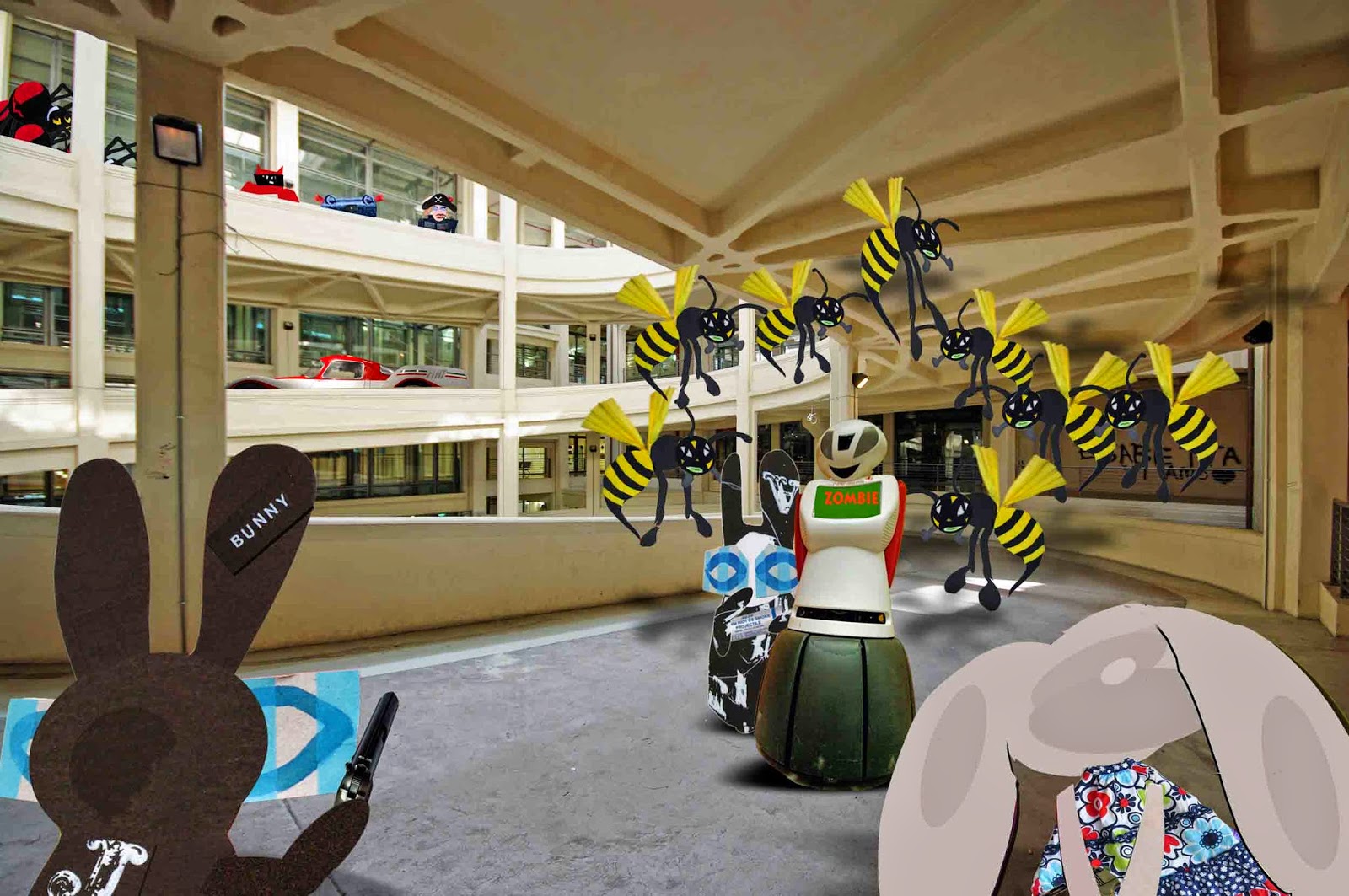 The Wabbit's ears pricked up as Turbina the Jet Car let off a warning honk. He dragged out his automatic and gestured at everyone to stay where they were. Then he hopped cautiously down the ramp, followed closely by Lapinette. His nose wrinkled at the sight of Robot and Wabsworth, his android double, being escorted up the ramp by Voodoo Wasps. The Wabbit waved his gun. "Unhand my friends,"  he yelled, "or it will be the worse for you." The drone of the Wasps was deafening. "Your friends are zombies now," buzzed the lead Wasp. "So give us the Stone or we'll make zombies of you all." The Wabbit narrowed his eyes because he knew Wabsworth and Robot were electronic and couldn't become zombies. He caught Lapinette's eye, glanced at Wabsworth then Robot. "I-am-a-Zombie," uttered Robot suddenly and with conviction. The Wabbit recognised the right moment and he made an imperceptible movement known only to Lapinette. "What is your purpose, Robot?" screamed Lapinette suddenly. "We-must-serve. Serve-to-live-after-we-die," said Robot in a staccato tone. Wabsworth scratched his nose several times and tapped something he was holding to his fur. "The-Stone-must-serve-them! Serve-those-who-must-be-served," he wailed. The Wabbit moved closer to Lapinette. "When Wabsworth throws the canister, run!" "Where to?" murmured Lapinette. "Far," said the Wabbit.
at July 16, 2014