2. The Wabbit & the Return of the Wasps 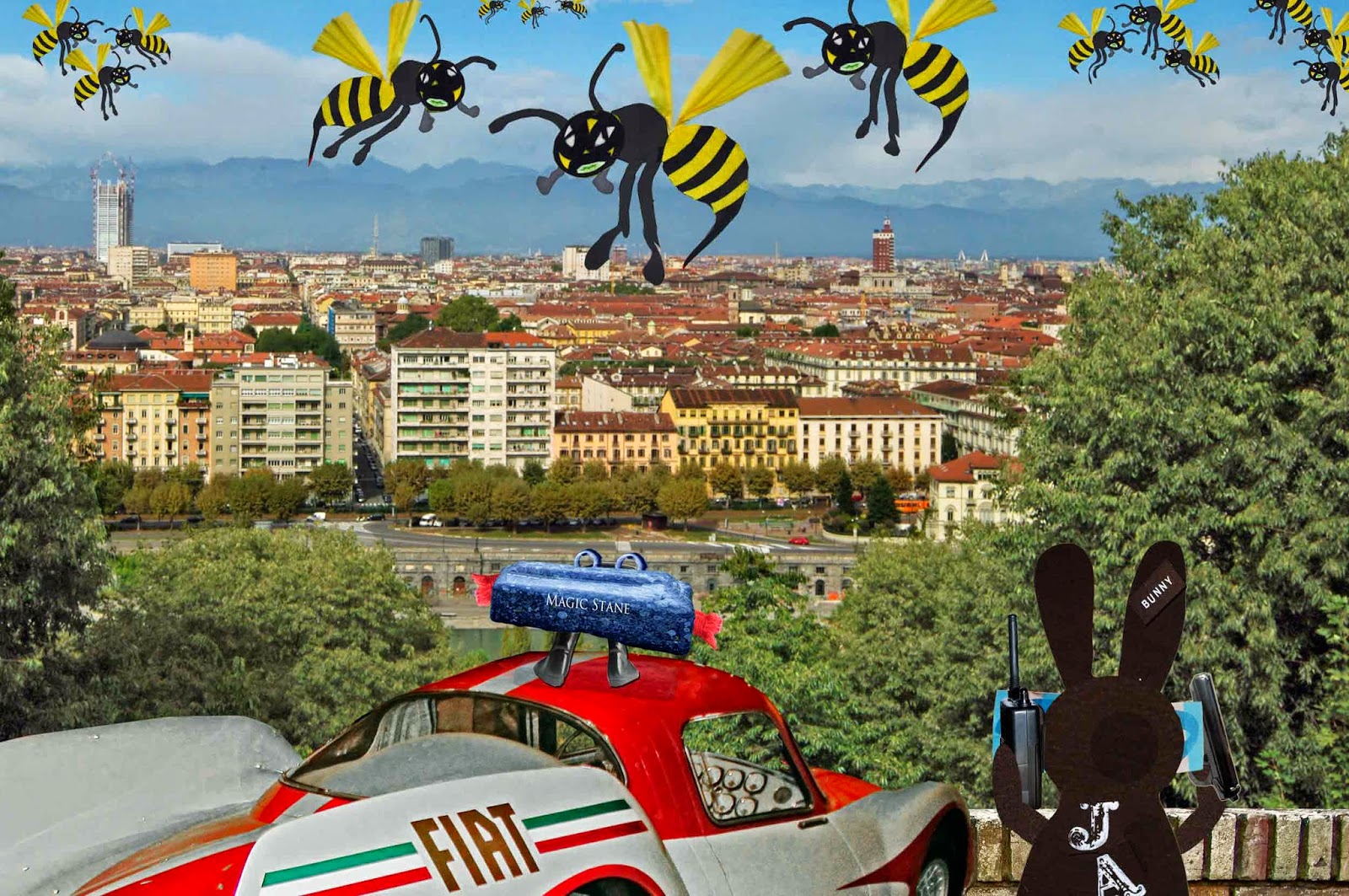 For security reasons, the Wabbit and the Stone changed vehicles. Turbina the Jet Car was available and at the request of the Stone, they drove to hills that overlooked the river. The Stone climbed onto Turbina's roof and looked down. "I hear buzzing," murmured the Wabbit. "It sounds like the drone a' waahsps," said the Stone. Turbina's voice broke in and they both listened carefully - because Turbina was of such a high rank in the Department of Wabbit Affairs, no-one knew exactly what it was. "I understood Commander, that you exiled the Wasps to the Sombrero Galaxy." The Wasps loomed larger and larger and larger until they filled the horizon. "They're much bigger now," gasped the Wabbit. "Diet?" suggested the Stone. "I'll call it in," said the Wabbit, plucking his walkie-talkie from his fur. "Marshall Duetta Spyder, come in please," "I'm on holiday," said a silky voice. The Wabbit sighed and changed frequencies. "Lapinette, we have a situation." "Is it a Wasp situation?" said Lapinette. The Wabbit put his other paw in his fur and drew out his automatic. "It's a Giant Wasp situation," he said, snicking the safety off. "We need reinforcements." The radio crackled. "I thought you exiled the Wasps." "To the Sombrero Galaxy," added Turbina tersely. "Where's the Sombrero Galaxy anyway?" asked the Stone, "is it far?" The Wabbit grimaced. "28 million light years." "Now there's a road less travelled!" said the Stone. The Wabbit growled. "Sometimes it's for good reason."
at July 11, 2014