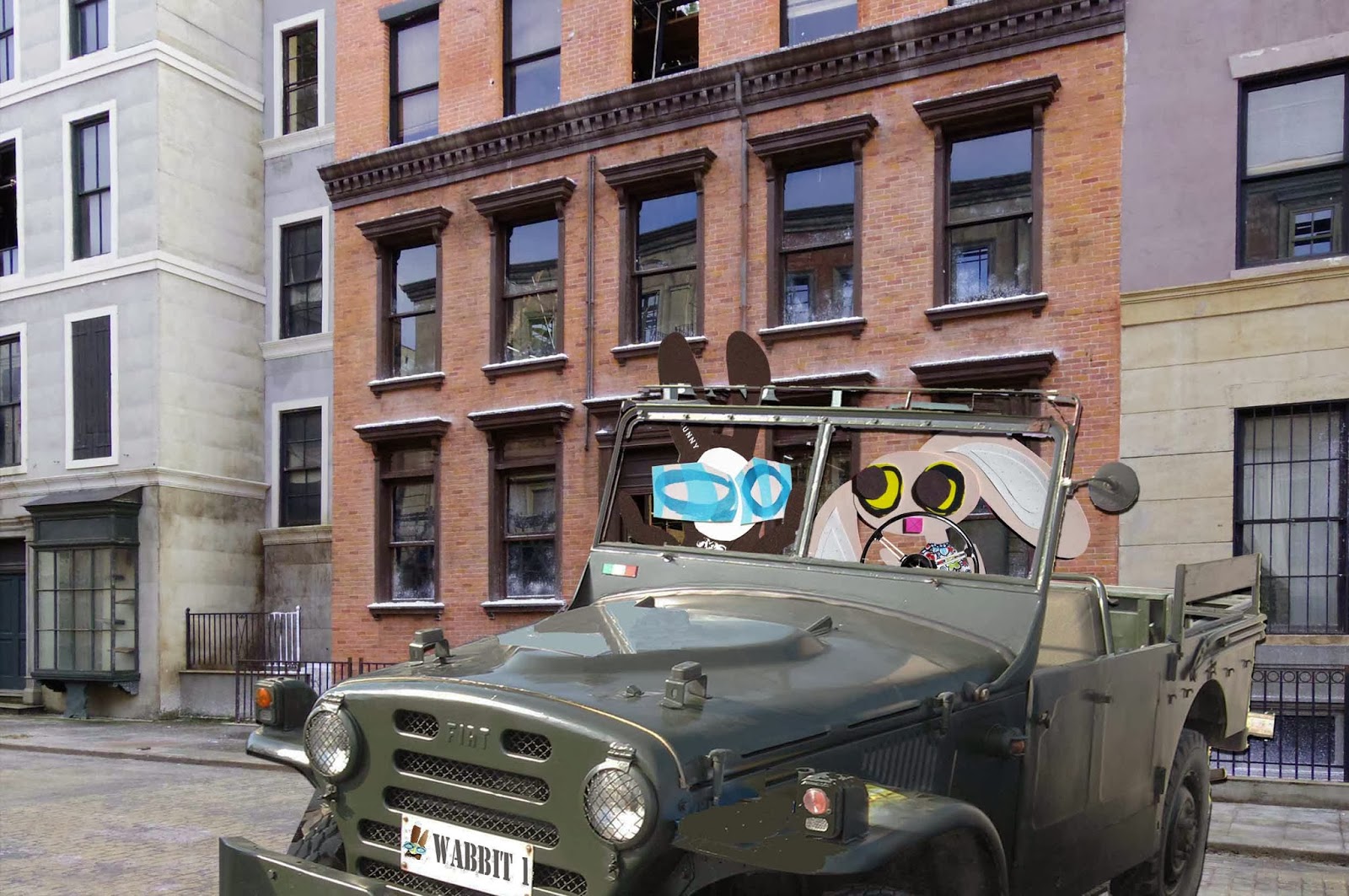 "Everything ship-shape?" asked Lapinette. The Wabbit's jeep was perfectly safe on the Streets of New York and had even been given a wash, so he leaned back. "You drive," he said." "Then you get dinner," replied Lapinette. "Deal," said the Wabbit. "And I don't mean Menu of the Day," said Lapinette firmly. "I want a treat with tablecloths and napkins and different sized glasses." "OK," agreed the Wabbit, rummaging in his fur for lunch vouchers. Lapinette crashed the jeep into gear. "How are the others getting back?" The jeep lurched forward as the Wabbit thought for a second and counted on his paw. "Puma's on public transport. Moloch's using his 7 league boots, Wabsworth and Skratch are in Turbina the Jet Car." Lapinette frowned. "What about Robot?" The Wabbit shook his head. "He has another football match." Lapinette turned on the radio. A frantic sports commentator listed team line-ups in a nasally voice. Lapinette switched the radio off. "What are we going to do for our next adventure?" she asked. "I'm sure there's something waiting on my desk," said the Wabbit. "I feel it in my waters." Lapinette suppressed a smile. "Do you want me find out? I'll radio Ledger, back at base." "It'll keep," snapped the Wabbit quickly. Lapinette smirked. "It's 700 kilometers to Turin." "Are we there yet?" said the Wabbit.
at January 20, 2014