The Adventure Caffè at Cinecittà 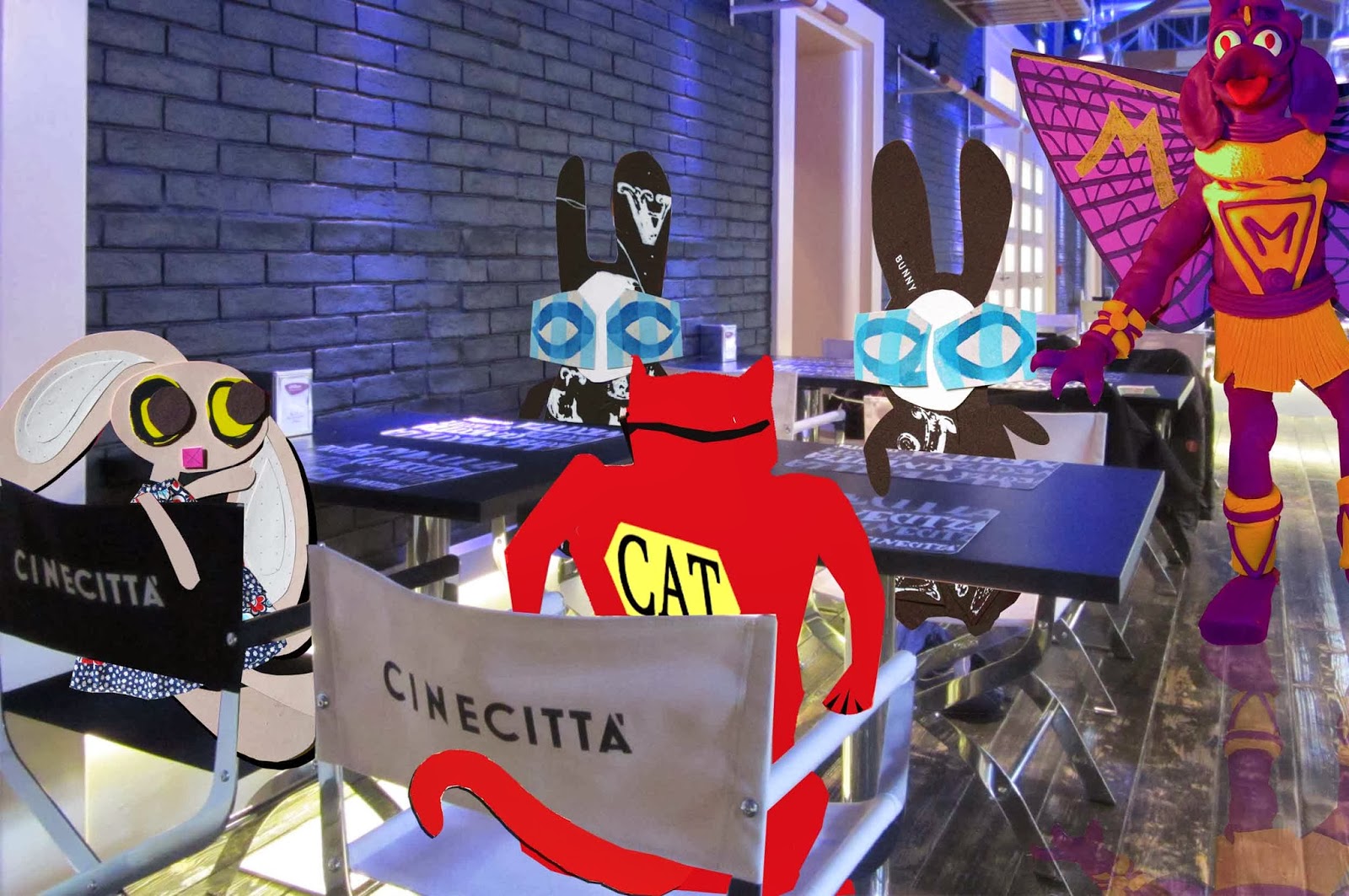 "Can I say it, can I say it, can I say it?" Moloch's voice boomed from the back. The Wabbit glanced at Skratch the Cat and Skratch nodded his approval. Moloch cleared his throat and spread his considerable arms. "What was that for a kind of adventure?" he yelled. Lapinette shook her ears. "It was just a story." Skratch thrust himself forward. "Just a story?" he snorted. "Stories are the life blood of ..." Skratch paused because he couldn't think what to say next. "Existence?" suggested the Wabbit. Wabsworth rapped the table for attention and addressed Lapinette. "There are more things in heaven and earth, Lapinette, than are dreamt of in your morphology." Skratch applauded. "Well put Wabsworth!" The Wabbit also rapped the table. "That was a pastiche of Cabiria, a Turin product and the best silent film ever made." "Oh was Cabiria a film?" said Moloch. "I could have sworn it was real." "That's the whole point," said Skratch, "and by the way, where are the aperitivi?" "Moloch was supposed to get them," said the Wabbit, turning. "I'm a bit short," said Moloch. "Could you lend me 50 euro until Friday?" "It is Friday," smiled Lapinette. And they all laughed and laughed and laughed.
at January 17, 2014