5. Skratch the Cat and the Two Suns 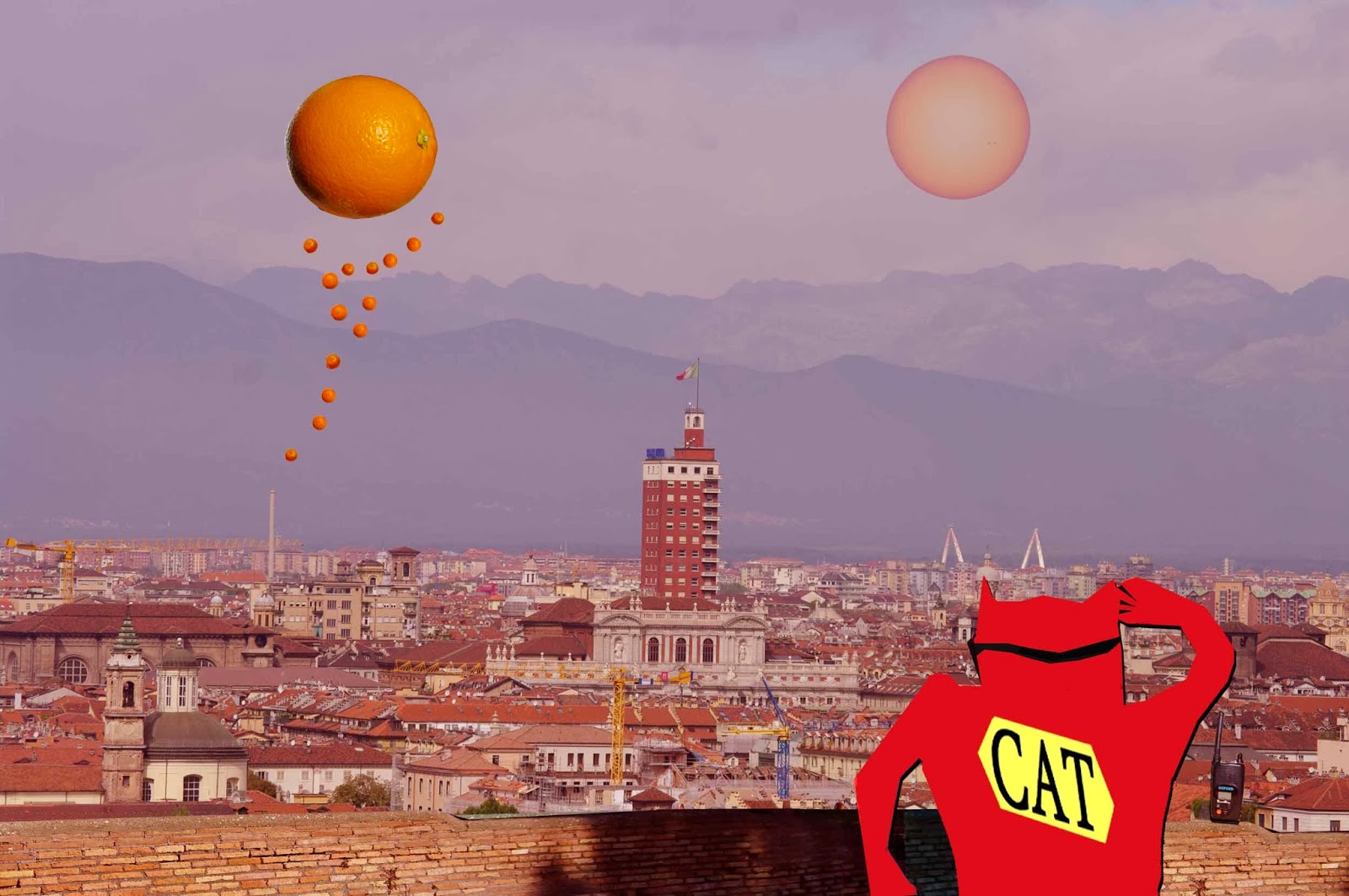 Skratch stood on the platform at Santa Maria del Monte and watched the city as instructed. But it was so hot he switched his radio to paws-free and rested it on a wall. The radio crackled. Skratch put a paw across his eyes and purred gently without much energy. "Receiving, go ahead." "What can you see from up there?" The Wabbit's voice was terse and Skratch matched it. "Does two suns sound normal to you, Wabbit?" There was a hissing and it wasn't the radio. "Only on Kepler 2b and it 600 light years away!" The Wabbit sounded bad tempered and Skratch wanted to join him. "Well frankly, one sun looks a bit like an orange." "I don't like oranges," said the Wabbit. "I can't stand them myself," replied Skratch. The radio went silent for some time and then suddenly burst into life. "Even the radio's bad-tempered," thought Skratch.  The Wabbit's voice was hoarse. "Can you see any tangerines?" "I can see small orange things approaching the second sun," observed Skratch. "How do you know it's the second and not the first?" The Wabbit sounded exasperated. "It's got no clouds across it," groaned Skratch, "how hot is it down there?" The radio crackled again. "I saw a chicken lay an omelet."
at January 29, 2014