15.The Wabbit & the Flying Munitions 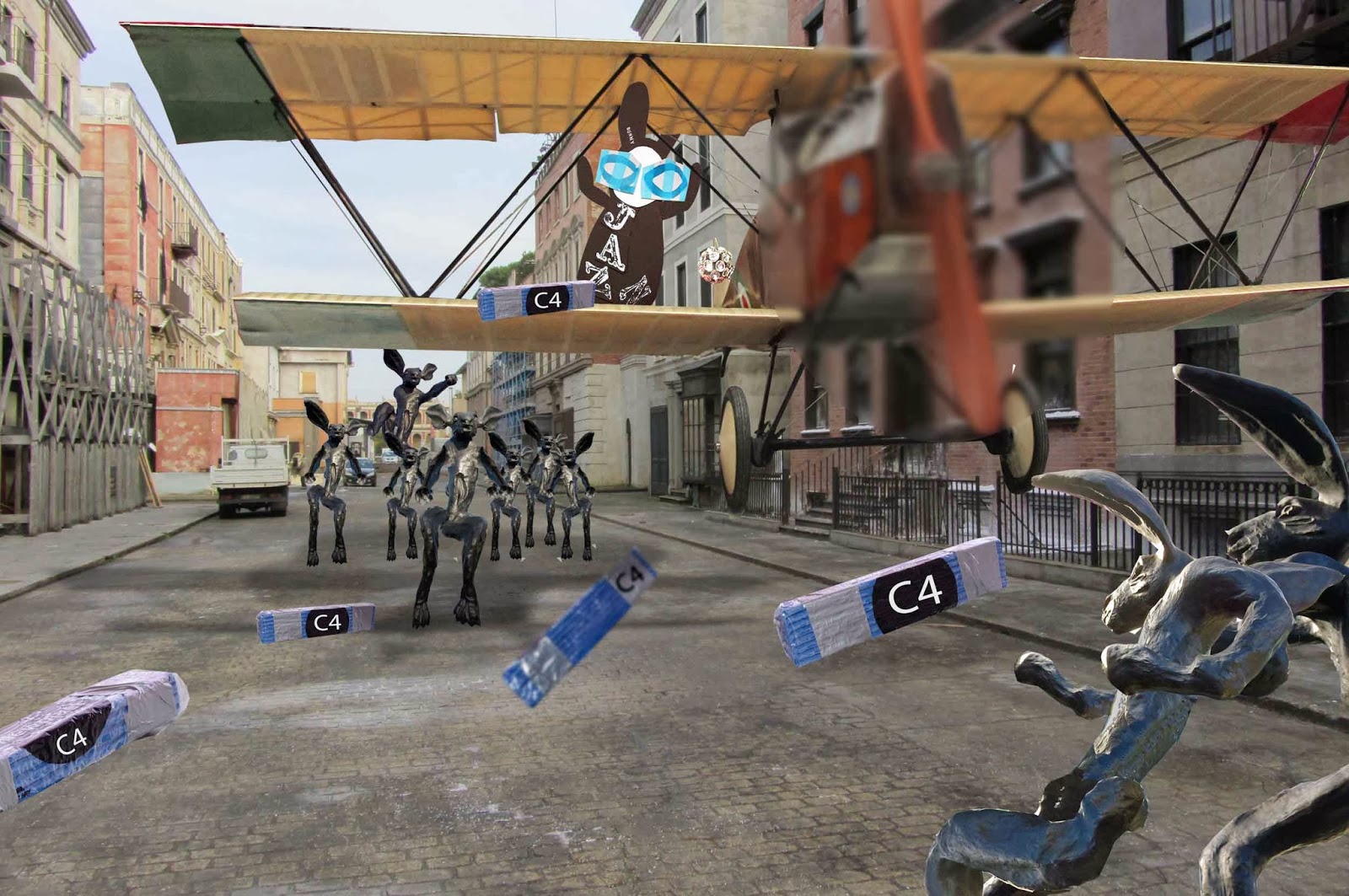 The whistling turned to a drone and the drone turned to a roar as Susan the Biplane came diving from the sky and swept the Wabbit up with a single swoop. Now she hurtled down the film set with the Agents of Rabit in hot pursuit. "Thanks Susan." said the Wabbit. "You don't have to say anything, Sir," said Susan, "you just have to whistle." The Wabbit grinned as he tucked Moloch's ring into the cockpit and started to dislodge the packages that were taped to Susan's wing. "Down a bit Susan," said the Wabbit. "Let them think we're running out of fuel." Susan's engine coughed and spluttered as she dropped sharply. Agents of Rabit scurried out of every corner and shook their fists. "Here they come," murmured the Wabbit. "Come to Daddy." An Agent tried to jump on board but failed miserably. "Rabits can't jump," sneered the Wabbit, and he started kicking. Blue packages fell like rain onto the street below and lay there. "Go Susan, go!" yelled the Wabbit. He jumped into the cockpit as Susan soared near vertically above the rooftops. "Hit it!" shouted the Wabbit. Susan's engine roared but the Wabbit could still hear the faintest of clicks from Susan's instrument panel. "Kaboom," said the Wabbit.
at January 13, 2014