3. The Wabbit and the Big Heat 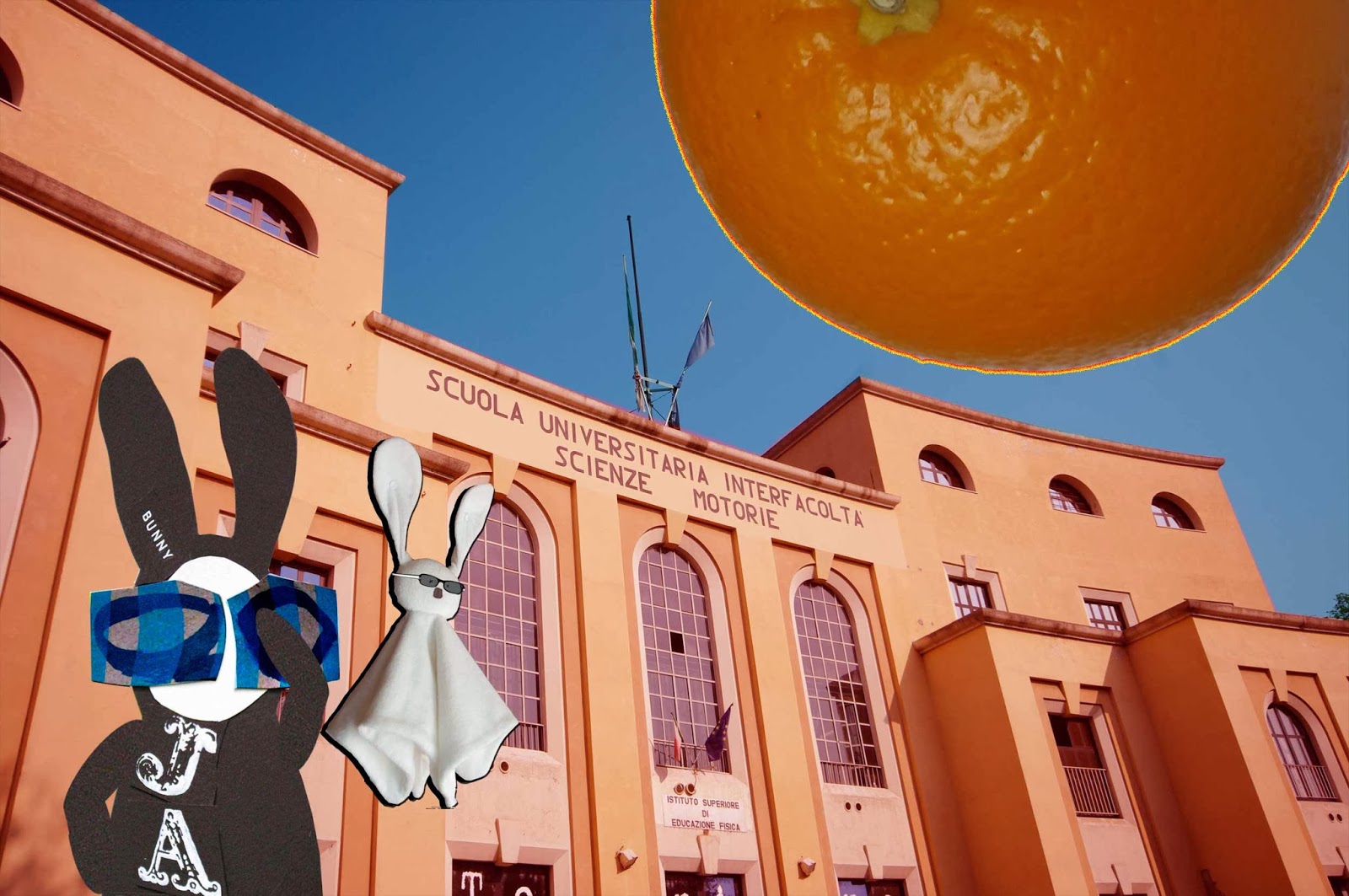 The Wabbit thought little more about the planet from the Gemini Constellation, but something unsettled him and he couldn't sleep. So he went for an early walk to greet the rosy-fingered dawn. On his way he bumped into Ghost Bunny who was fluttering down Corso Francia on her way to Pluto Park. "Hauntingly hot, Wabbit," she moaned. She reached out and pulled a pair of sunglasses from the Wabbit's fur, then put them on. "I'm baking," said the Wabbit. They both looked up and the Wabbit shielded his eyes. "Did you hear about the planet from Pollux?" he ventured. Ghost Bunny looked quizzical under her glasses. "Do tell," she wailed softly. The Wabbit grinned. "A planet broke orbit and it's supposed to be headed here." Ghost Bunny blinked. "What colour planet, do you know?" "It looks like an orange," said the Wabbit. There was a silence and the Wabbit saw that Ghost Bunny was trembling. "Danger danger!" she shrieked suddenly. The Wabbit was surprised because he knew that nothing frightened Ghost Bunny with the exception of Puma. "How close is it?" asked Ghost Bunny. "Not too far," smiled the Wabbit.  "Aaaaaaaagh," shrieked Ghost Bunny. "Red alert!" The Wabbit raised an eye. "It's planet HD 62509b," she explained. "We call it the Planet of Phantoms ..."
at January 24, 2014