2. The Wabbit and a Star called Pollux 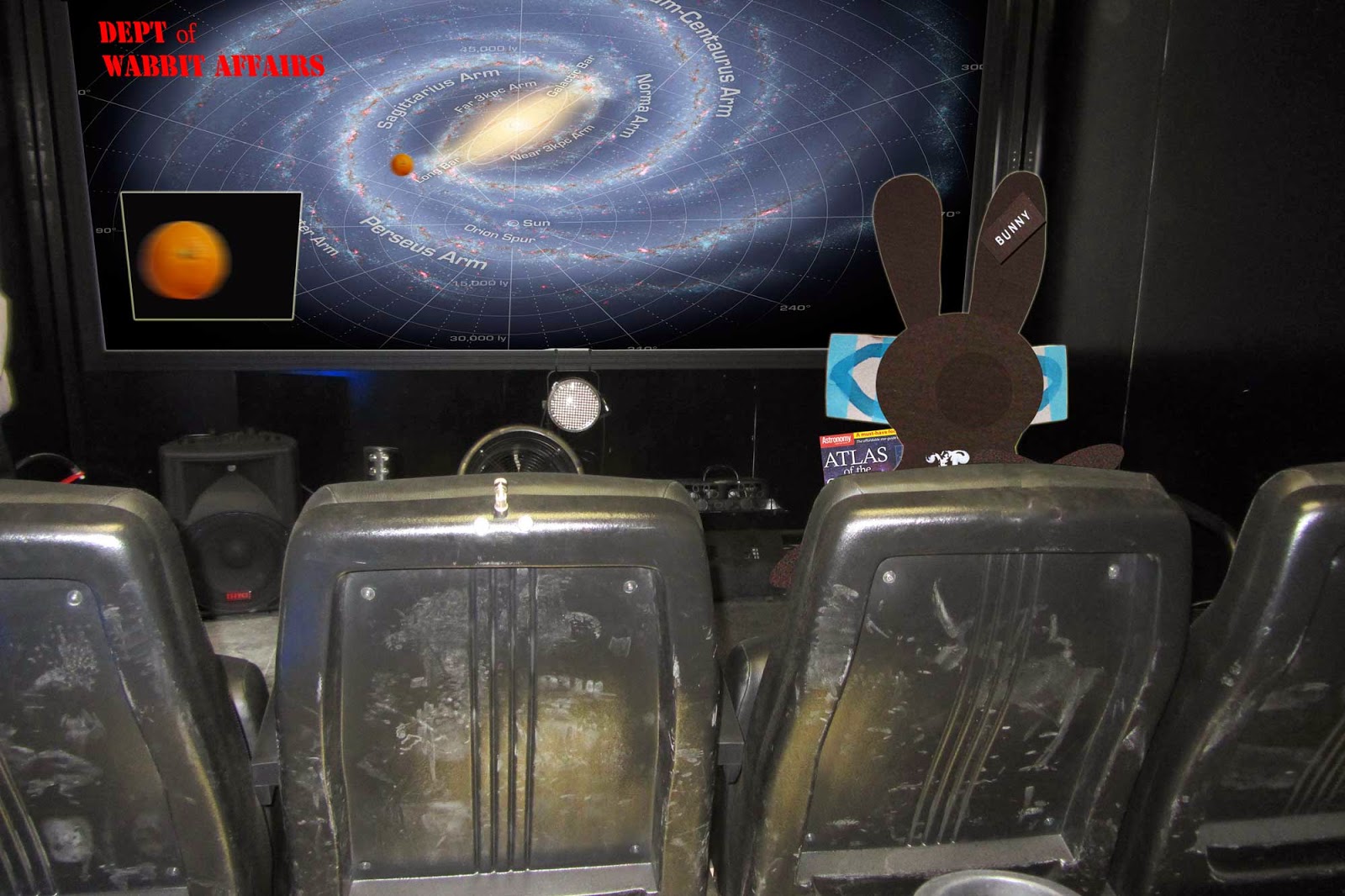 There wasn't much on the Wabbit's desk except for a small disk marked "View immediately without delay." So he hopped to a small cinema in Via Nizza where he had an arrangement. The Wabbit sprawled in his seat and rustled a copy of Popular Astronomy that he had bought on a whim at the railway station. "The Milky Way!" boomed a voice, "a spiral just like the shell of the common snail." The Wabbit looked at his magazine and yawned. "Tell us something we don't know." The voice boomed again. "What you don't know is that a planet from the Gemini constellation has broken orbit and is heading this way." "It looks like an orange," snorted the Wabbit. "It looks rather like an orange," continued the voice. "And it formerly orbited the K-type star, Pollux." The Wabbit suddenly paid attention. "Castor and Pollux," he breathed. "The seamen's friends." He put down his magazine and stared at the screen. "Where's Gemini?" The voice sighed. "Where it usually is. Right ascension 07h 45m 18.94987s. Declination +28° 01′ 34.3160."  "And how far away is the object now?" hissed the Wabbit. "20 light years and closing, Commander." The Wabbit sniffed. "And how long is a bit of string?" "Twice as long as half the length," said the voice.
at January 22, 2014