6. The Wabbit & the Value of Asteroids 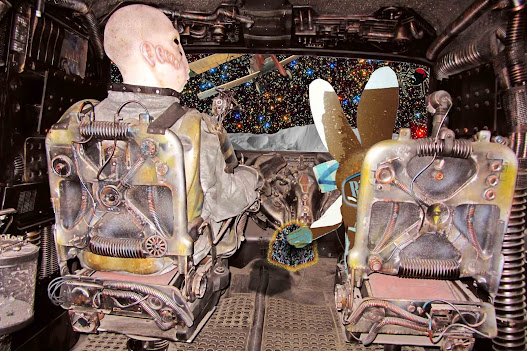 The Wabbit took a seat. "You might know who I am, Pilot," he said, "but you don't know what you’ve got." The Pilot shook his head and the Wabbit winked. "How much are you paid?" he asked, baldly. "Not enough to deal with the likes of you," said the Pilot. The Wabbit laughed. "You’re sitting on a desirable piece of real estate." "It’s just an asteroid," sighed the Pilot. The Wabbit laughed again in a particularly irritating laugh that he kept for special occasions. "It’s worth 79 trillion of our euro coins." With a flick of his paw, the Wabbit produced a sparkling meteorite and thrust it under the nose of the Pilot. "This chunk flew off when we arrived," he smiled. "But since you don’t value it, I’ll just keep it in my fur." The Wabbit tucked it away. The Pilot was silent for some time and then he snarled. "And how would I realise my asset?" "I have contacts," said the Wabbit. The Pilot blinked with four eyes. "How do I find them?" "We’ll send you in our slipstream drive using a reverse tractor beam," said the Wabbit, "then my trader will pay you handsomely for your bijou M-class asteroid." The Pilot began to shake his head. "I don’t like the sound of it," he grunted. "Take it or leave it," drawled the Wabbit, "but you’ll be sorry." "Oh do me a favour," scoffed the Pilot. "I’ve heard of you and your rabbit tricks." The Wabbit fidgeted, then abruptly looked up with a look of horror. "No!" he exclaimed. "Look over there!"
at January 28, 2013