2. Wabsworth and the Sudden Shake 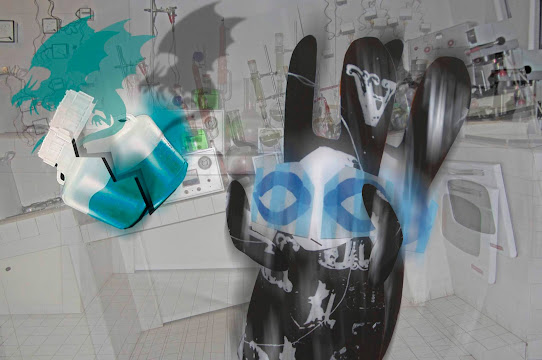 Wabsworth returned to his laboratory and extracted the flask from his fur. This he did alone - just in case. He was an android and generally remained unaffected by poison, germs or magic drops of any kind. Nonetheless he took a lot of care. Wabsworth watched a significant amount of television from the sixties and he hummed "Puff the Magic Dragon," as he worked. But just as he got to the end, he felt the building shake under his feet. The laboratory tipped to the right and then tipped to the left. "Earthquake," growled Wabsworth. He dived for the flask, but it slid along the counter top, hit another flask and shot into the air. Dragon drops slopped around and frothed, then the cap detached just as the flask cracked down the side. Something came out. Wabsworth lurched back as an aftershock hit the lab. He scrabbled for a grip as he slid down a cabinet. The thing emerged with a faint hissing. Now it was much bigger. It spread its wings dragon-wide and then took off - plunging through the reinforced glass windows of the lab without pausing. Wabsworth watched it vanish down a corridor and felt in his fur for his walkie talkie. The radio hummed and crackled but failed to connect. So he hit it just like the Wabbit. A faint sound emerged so he shouted, "Code Red, Creature Loose. Agent in pursuit." He scrambled after it, only to see from the stairway window a silhouette of a dragon against the Turin sky. "Smuckdragon, that's torn it!" he gasped.
at March 27, 2020