11. The Wabbit and the Next Situation 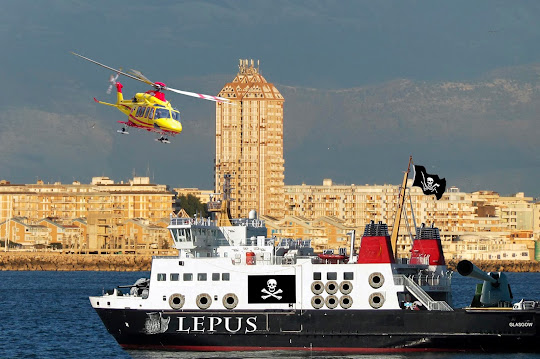 The voyage home was uneventful and as the Lepus slid into port, the Wabbit looked over the side. There was no sign of Akwat fish. "Mission accomplished." The Wabbit was thinking aloud. He heard the sound of a helichopper but merely inclined his head to let Captain Jenny take care of it. He was tired. He heard Jenny on the tannoy and turned. The helichopper tipped a salute and he waved a paw. "Clean-up squad despatched," murmured Lapinette from behind him. The Wabbit smiled. "What next, Lapinette?" Lapinette whistled like a ship's pipe. "Message from the Department, there's a situation." She laughed. "What kind of a situation?" grinned the Wabbit. Lapinette shook her head. "The message wasn't situation specific." The Wabbit considered. "Well, it's bound to be a sticky situation." "Otherwise we wouldn't get the job," giggled Lapinette. "We are the perfect unstickers," nodded the Wabbit. The sound of the helichopper's rotors faded in the distance. "But I'd like to unstick something fairly simple." He flicked imaginary lint from his fur. "Ah, like food from your fur?" suggested Lapinette. "No, something like an envelope," answered the Wabbit. "What about the contents of the envelope?" said Lapinette. The Wabbit thought for a moment. "I could delegate that."  Lapinette thought for a second and asked "Who to?" But she knew what was coming. "To you?" shrugged the Wabbit.
at March 20, 2020