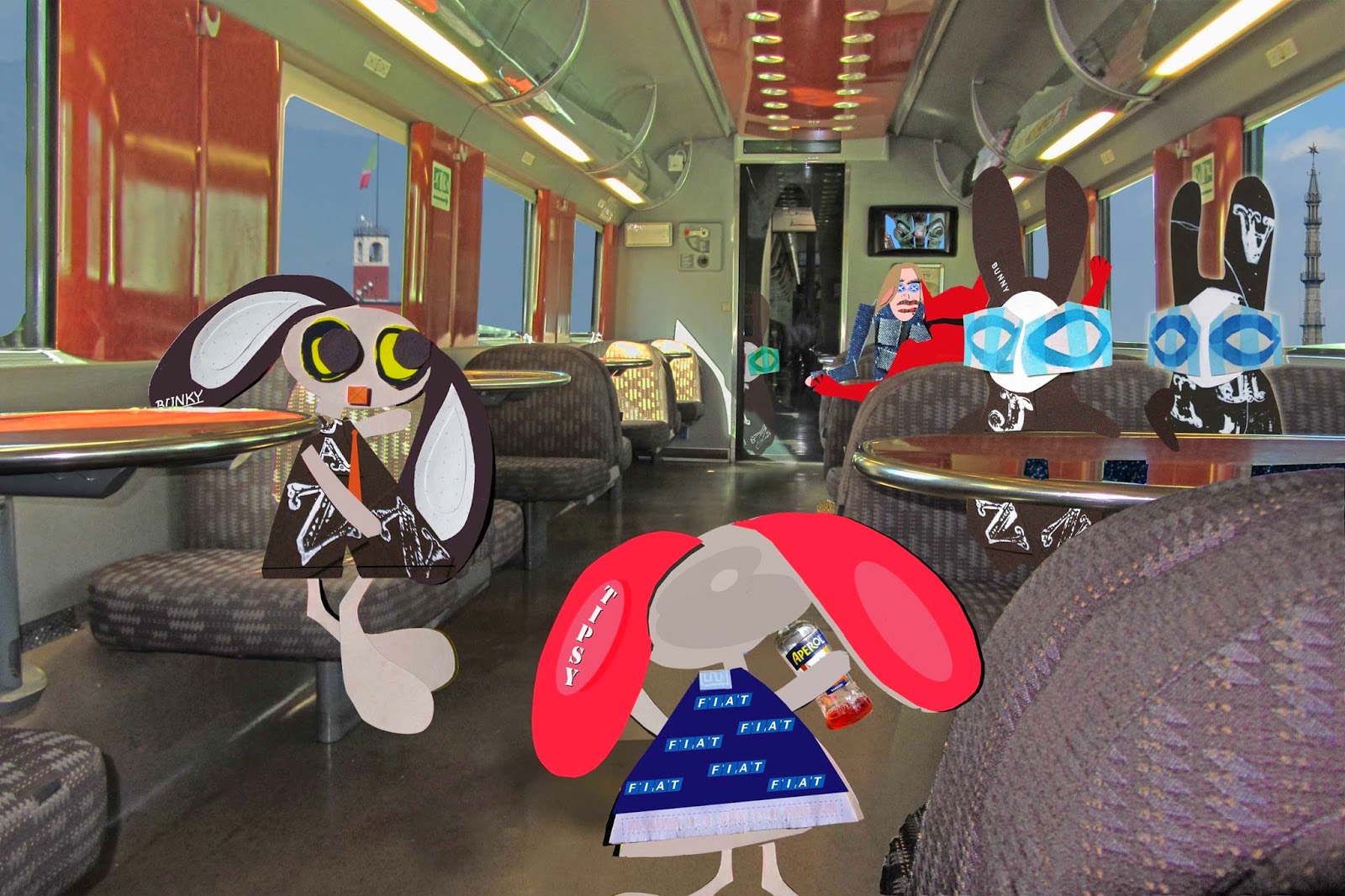 To some extent Quantum was like a normal train. He had a pleasant dining car and Tipsy had found an equally pleasant bar. "I like trains," she yelled. "Does anyone want a ickle drink?" "Yes," said the Wabbit immediately. Quantum hung in time, a zone in which the Wabbit felt relaxed. But voices broke in and he heard Jenny from the rear of the compartment. "What about my hat?" "It's still there," said Skratch. "Still where?" asked Jenny crossly. Skratch stretched his paws wide. "The hook of time." Now voices faded and Lapinette swam into focus. The Wabbit looked at her and remembered she was still in disguise. "What plan, Bunky Green?" Lapinette began. "Quantum has a Transwarp Thruster." The Wabbit nodded and Lapinette continued. "We reverse the thrust and narrow it to a photonic plasma beam." "Then direct it at the Fracking Entity." said Wabsworth. The Wabbit thought about it, then shook his head. "We need plasma photonic crystals." "Commander?" The Wabbit turned to Tipsy who pouted. "These crystals are one dimensional and highly dangerous." Now the Wabbit stared at Tipsy and started to smile. "Got any?" "I might," said Tipsy. She delved carefully in her fur and held out a paw. No-one could see a thing. "Where are they?" asked the Wabbit. Tipsy's voice was both serious and sultry. "You can't see them. They're notional."
at March 23, 2015