8. The Wabbit & the Unexpected Shot 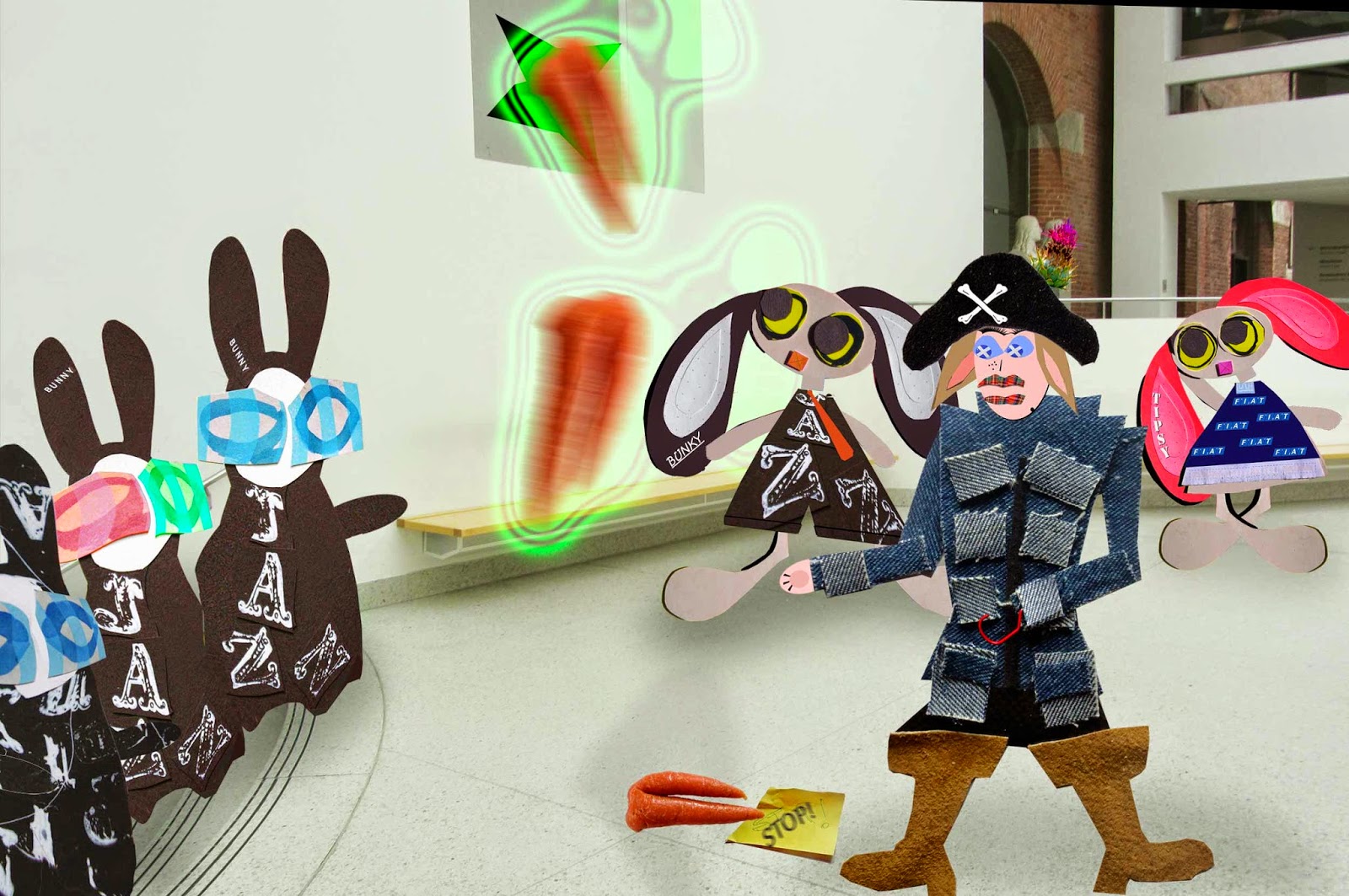 Somehow everything came together. The Artichoke Club was stocked on beer and Jenny in her role as Cardoom stepped out with Tipsy to greet the Grand Daucus of the Carrot Club. Lapinette hopped forward - suitably disguised as Bunky Green - and proffered a paw. "Ah, Mr Green," said the Wabbit. "Your rather ahead of us." Lapinette flicked her tie. "I organised drinks as a gesture from the Carrot Club." Jenny stood to attention in a formal fashion. "Praise be welcome, Grand Daucus of the Carrot Club, to our most humble premises." The Wabbit smiled. "I do like the architecture." "It's minimalist!" shouted Tipsy. The Wabbit smiled a broad grin. "Enjoy it while you can." Jenny's face was a question. "Because," said the Wabbit, "It won't last long before it's full of things." A polite tittering filled the room, but Lapinette could hear sounds above the laughter. With a crash and a flash the window shattered and a carrot-shaped object flew into the room. Tipsy watched its trajectory. It gave off a luminous glow before it smashed onto the floor. "Don't touch it," cautioned the Wabbit. "There's a note," said Lapinette. "What does it say?" asked Tipsy. "It says Stop," said Jenny and she kicked it with the toe of her boot. "There's more." Everyone waited as Jenny stooped to look. "It's a personal warning from the Fractal of the Broccoli Brigade."
at March 04, 2015