The Wabbit on the Conspiracy Express 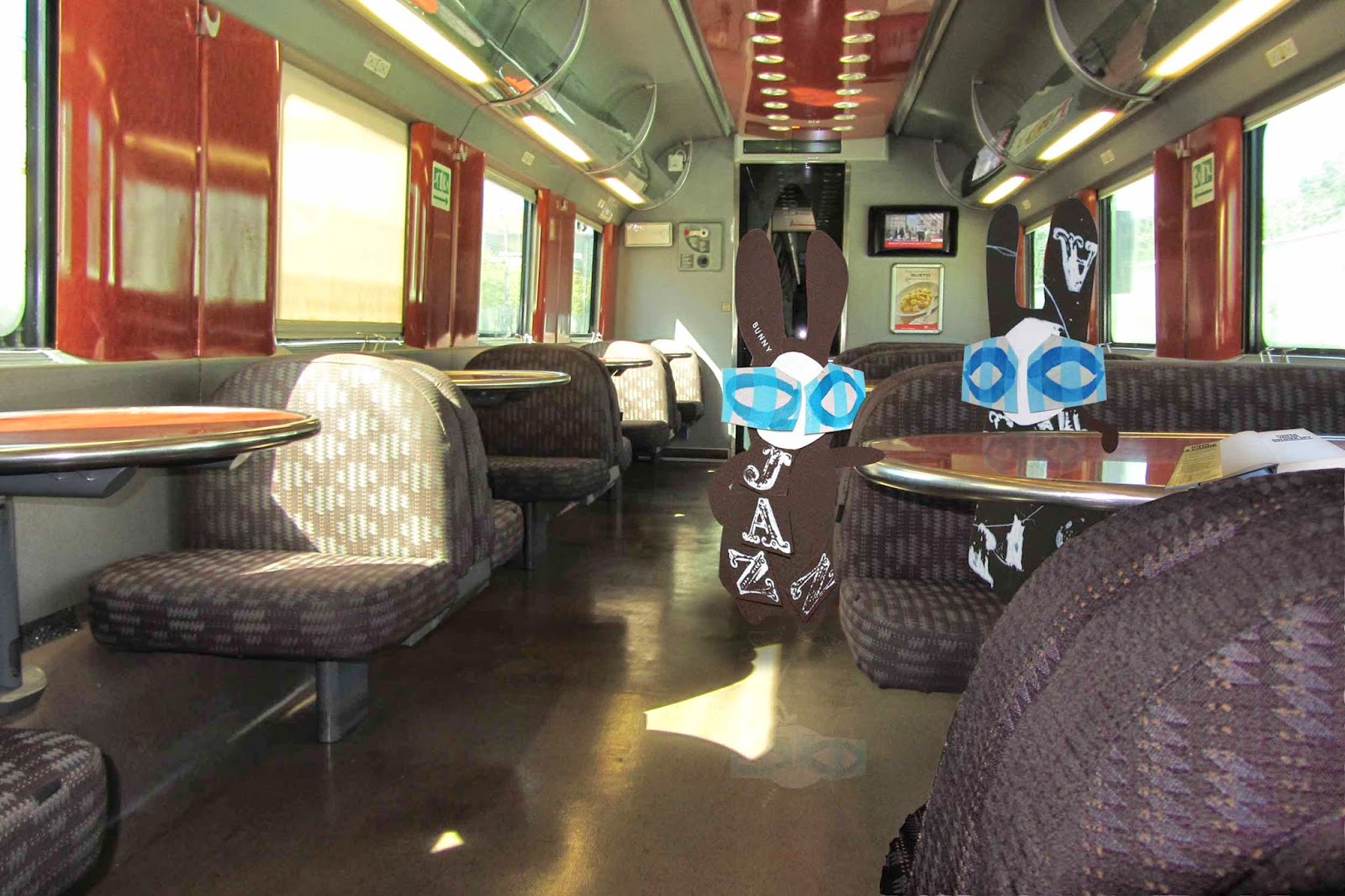 The Wabbit and Wabsworth, the Wabbit's android double, took the high speed train to Milan and back. This was for security reasons and because they liked it. The Wabbit visited the refreshments coach, leaving Wabsworth to read a John le Carré novel. He returned to catch Wabsworth's worried look. "What's up Doc?" he asked. Wabsworth frowned. "I'm unhappy with deceiving our friends." The Wabbit grinned a lopsided grin. "What's the word from our enemies?" Wabsworth laid down his book and turned. "They're convinced we're arguing and think we're a spent force." The Wabbit raised an eye, so Wabsworth continued. "They've turned their attentions to things they consider more important." Now the Wabbit beamed. "That was the idea. They musn't see what we're about to do." Wabsworth faced the Wabbit squarely. "Sometimes Wabbit. I disapprove of you." "Me too," shrugged the Wabbit. "I suppose I am a copy of you." moaned Wabsworth. The Wabbit spoke gently. "Sometimes we have to work for the greater good." Wabsworth nodded carefully and reached for his book. "When's the launch?" "Soon," said the Wabbit. "Who's presiding?" asked Wabsworth. "Unut the Goddess," replied the Wabbit. "No-one knows where we're going?" said Wabsworth. "Only me and even then, I only have a rough idea." "Quo vadis?" queried Wabsworth. "Follow me," answered the Wabbit.
at April 02, 2014