The Wabbit and the Pirate Confab 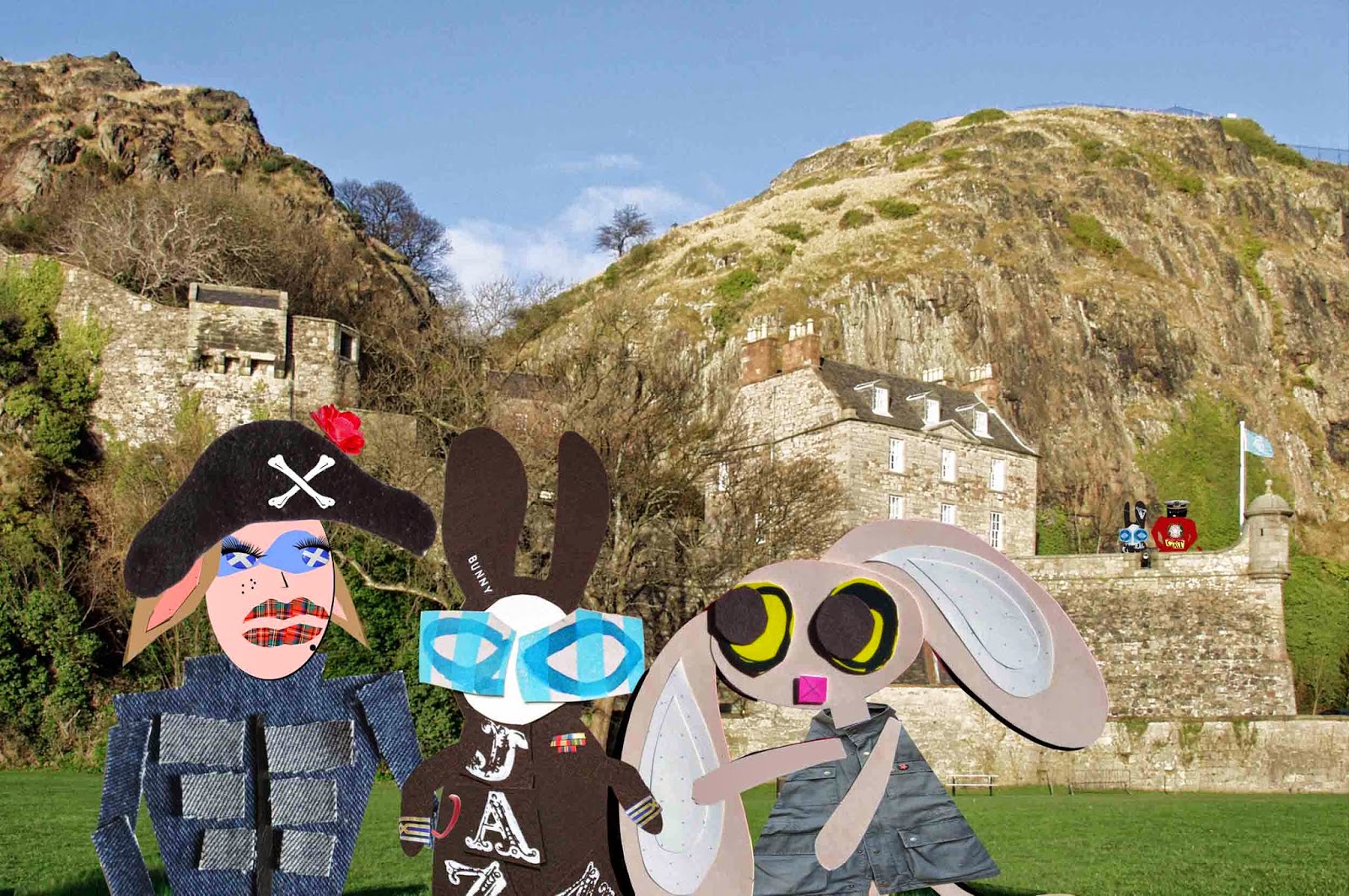 Jenny the Pirate Chief led the Unut to a secret castle built on two secret hills - and there they docked and disembarked for a confab. "Now," said the Wabbit, "we must talk about details." "How boring," said Lapinette. "I want to know all about Rabbit Jenny and her curious ship." Lapinette advanced on the Wabbit but Jenny held him securely by her hook. The Wabbit looked from side to side, shaking his head sternly. "There are certain protocols that must be followed." He turned to Jenny. "Thank you Captain for inviting us to your castle." Jenny laughed. "Oh, it's not my castle, I just borrowed it." The Wabbit grinned a very broad grin indeed, which he did well to conceal. "It's delightful," murmured Lapinette. "Will we be dining at a banquet?" Jenny laughed again. "I'm afraid the caterers have deserted us." "Oh what a shame," said Lapinette, "I so want to hear your story." Jenny paused. "We use a cafe a wee bit down the Glen, so we could go there." The Wabbit nodded approvingly. "Excellent!" he said with glee and he rubbed his paws together. "There, I'll tell you as much as I can," continued Jenny. "Is it a long story?" asked Lapinette. "As long as a length of rope," said Jenny. Lapinette didn't turn a hair. "Splendid," she said, "I want to hear every single detail." "Will the story have pictures?" mused the Wabbit. "What's the use of a story?" asked Jenny, "without pictures and chit-chat?"
at April 23, 2014