The Wabbit and the Swift One 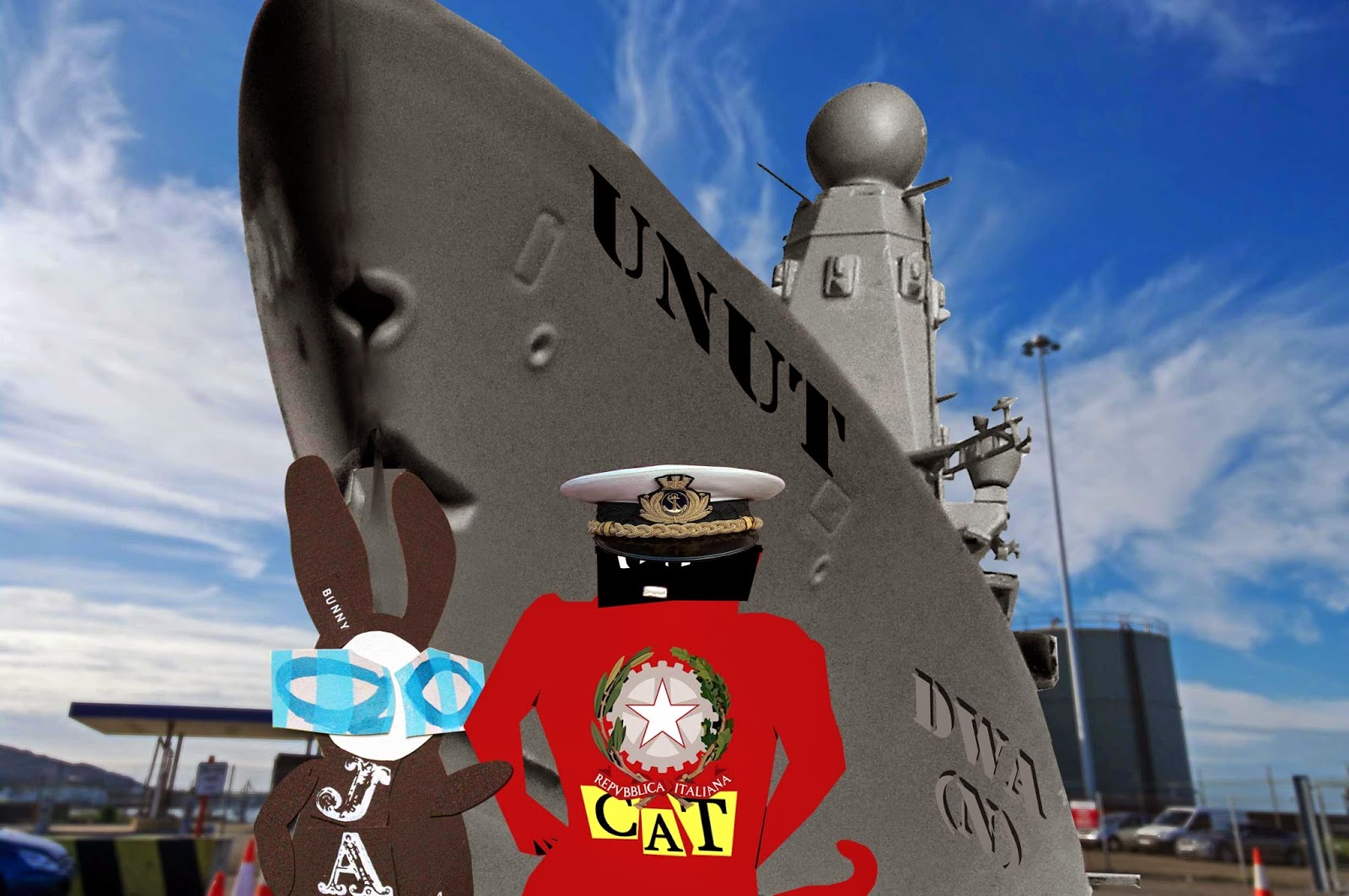 "Is she ship-shape, Chief?" The Wabbit was deadly serious and Skratch responded in similar vein. "One or two minor details, Commander. They'll keep until we're at sea." "How were the trials?" asked the Wabbit. "She's faster than we thought," said Skratch, "she exceeded 46 knots over the Measured Mile." The Wabbit grinned with all of his 28 teeth. "Unut the Swift One!" he smiled. "Fastest Type- 45 Destroyer on the ocean," murmured Skratch. The Wabbit looked around. "Where's Lapinette?" he asked - although he already knew. "She's in the engine room, throwing up," said Skratch. "We're not even underway," sighed the Wabbit. "I'm afraid she has no sea legs, Commander." The Wabbit shook his head. "I know," he said, sadly. "Great legs though," risked Skratch. The Wabbit nodded gravely but kept a smile to himself. "Who's officially commissioning our vessel?" asked Skratch. "Rabbit Goddess Unut," said the Wabbit. "Unut is very present in all this," said Skratch with a surprised voice. "She paid for the ship," shrugged the Wabbit. Skratch nodded as if all that was normal and inquired, "Where are we headed?" "I have only rough coordinates," stated the Wabbit, "but it's near an island and we're looking for a heavily armed ferry." "I don't believe in ferries," joked Skratch.
at April 04, 2014