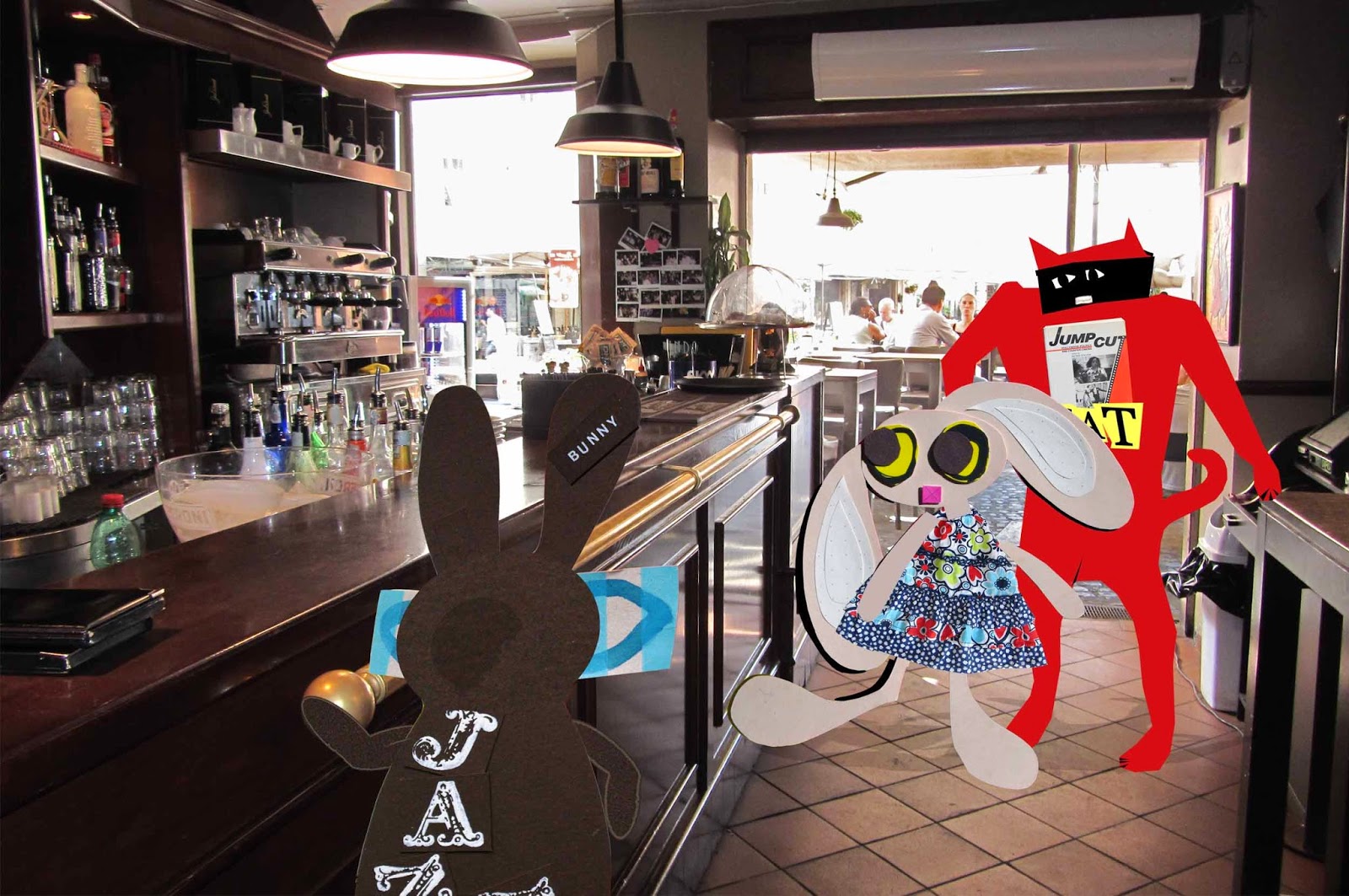 The Wabbit hailed his guests cheerfully. "What will everyone have!"  Lapinette stared steadfastly at the bar while Skratch the Cat gave the orders. "We're having particularly large aperitivi and we're rather thirsty." "Subito!" cried the Wabbit and he snapped a paw for service. Skratch caught the Wabbit's eye. "Today, you should be the one to answer the question, Wabbit." "Not at all! Do us the honour, Skratch," said the Wabbit, "what was that for a type of adventure?" So Skratch placed a paw on a convenient table and leaned forward. "Technically speaking, it was a conspiracy but conspiracy falls short of being a single genre." "Because any adventure can be a conspiracy if you stare hard enough at it," added Lapinette. Skratch purred gently. "I believe that a conspiracy adventure has to be labyrinthine." "Mmm," said Lapinette. "I'm not sure the last adventure had the serial complexity that labyrinthine conspiracy requires." Skratch shook his head. "Well, the thing about conspiracy adventures is that they're never really over." Lapinette looked directly at the Wabbit. "I'm uncertain whether we've had the full story - or whether there's more to unravel." "Like a cat with a ball of wool?" suggested the Wabbit. "Cats have got better things to do than unravel balls of wool," grunted Skratch. "Like what?" smiled the Wabbit. "Landing on our feet," said Skratch.
at March 31, 2014