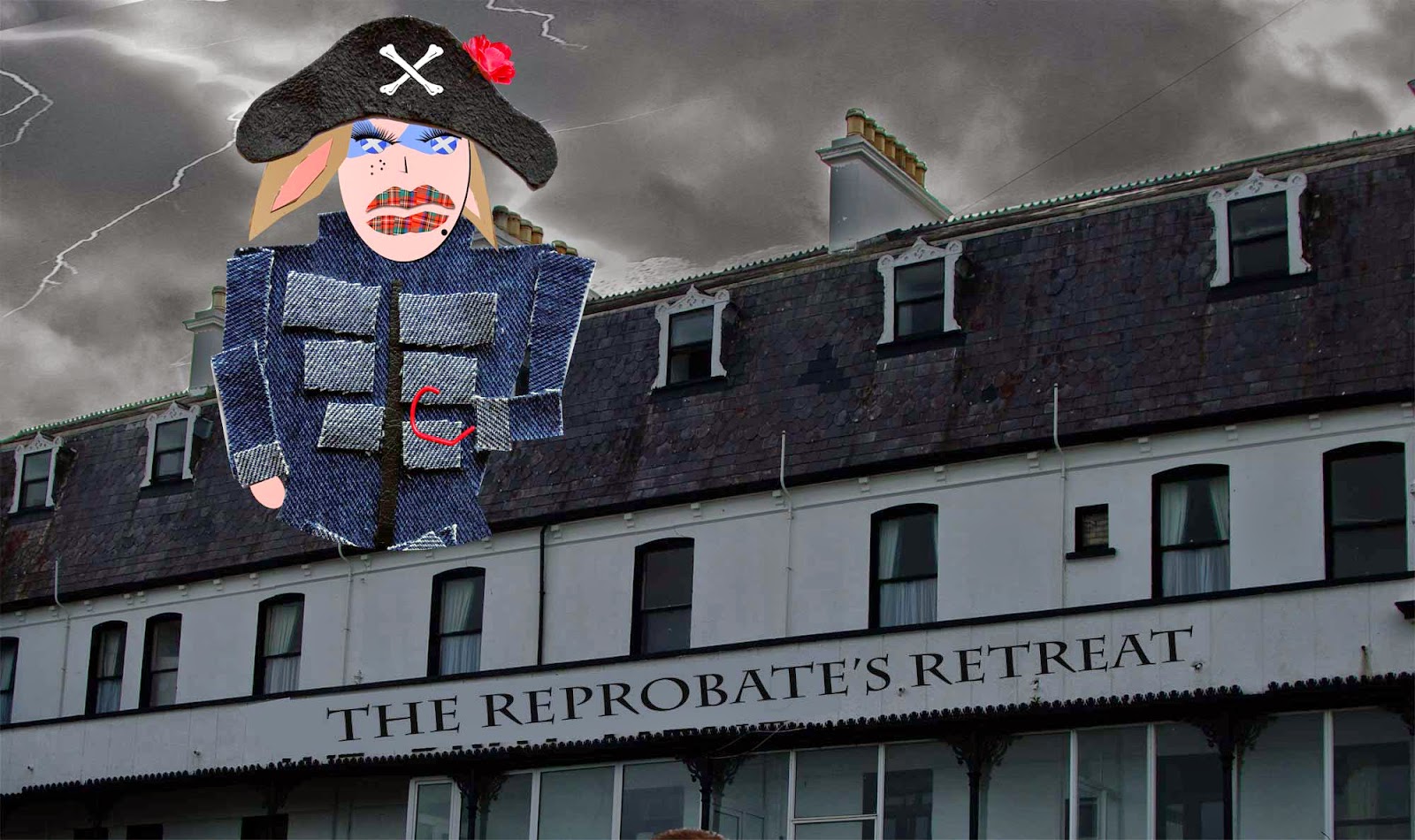 "But who did stay in this awful place?" asked the Wabbit eagerly. Jenny made some sort of facial expression that wasn’t a frown as such - it was closer to disdain and she pursed her lips and carried on with her story. "In the scruffy town, overlooking the dank harbour lay a ratty hotel. Visitors hardly dared go there and few were brave enough to speak of it at all. The hotel hosted a number of creatures – all men without visible means of support. They seemed to have nothing to do except lay about and drink and shout and laugh and swear like troopers"  Lapinette made a grimace and Jenny matched it as she continued. "But the butt of their jokes fell on a domestic, whose name was Rabbit Jenny." There was a gasp from Jenny's audience - even if they had some idea this was coming - and Jenny’s voice became angry. "All day long Rabbit Jenny scurried after the men, doing their bidding and fetching this and that. But the men tripped her up and pulled her fur and spilled her water. And if she even looked round they taunted her with cruel names and spat at her as she hurried past." Jenny stopped because the Wabbit looked furious and Skratch's claws had extended. Lapinette gazed at Jenny and said softly, "Do you want to stop?" Jenny shook her head. "Now I've started," she said, "and I always finish what I start ..."
at April 29, 2014