The Wabbit & the Dangerous Strait 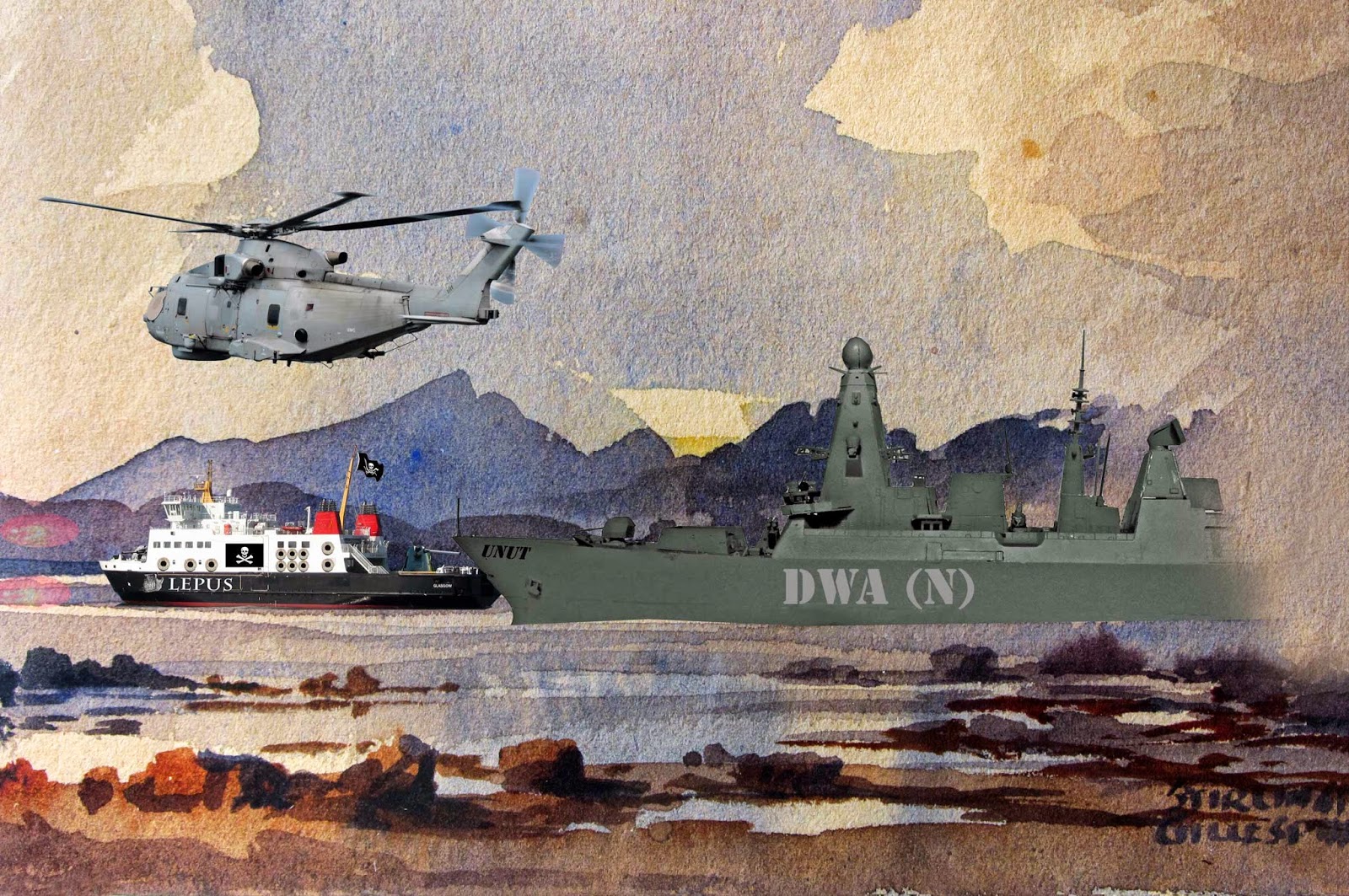 They emerged out of the mist in a place they weren't expected. That was all to the good except for the treacherous waters. All sounds were muffled except the steady chopping of Lapinette's Merlin, but the ether was electric with radio signals. Commander Wabbit's voice crackled. "Lepus, nasty reef to starboard, just below the surface." But there was no reply. Now Lapinette's radio crackled. "Lepus come in please, currents taking you too close to the Unut." Still there was silence. "Lepus, Lepus?" The Wabbit broke in. "Flight Commander, switch to short wave and keep calling." His voice was terse. "Skratch, hail the Lepus. Don't stop until she answers." The Wabbit lifted his walkie talkie. "And Wabsworth, place a warning flare in front of the Lepus." With a bang, a flash hung over the Lepus and briefly painted the water pink. There was an agonising delay. Then with an inexplicable creaking, the Lepus swung slowly to starboard. A sudden burst of static announced Captain Jenny. "Sorry Commander, we had an electrical failure."  "You certainly picked your spot," said the Wabbit and he looked up. "Lapinette, how do we look now?" "Like a painting, " said Lapinette. "What kind of painting?" asked the Wabbit. "Watercolour," said Lapinette. "You can't get better," smiled the Wabbit.
at April 21, 2014