The Wabbit Sails Out 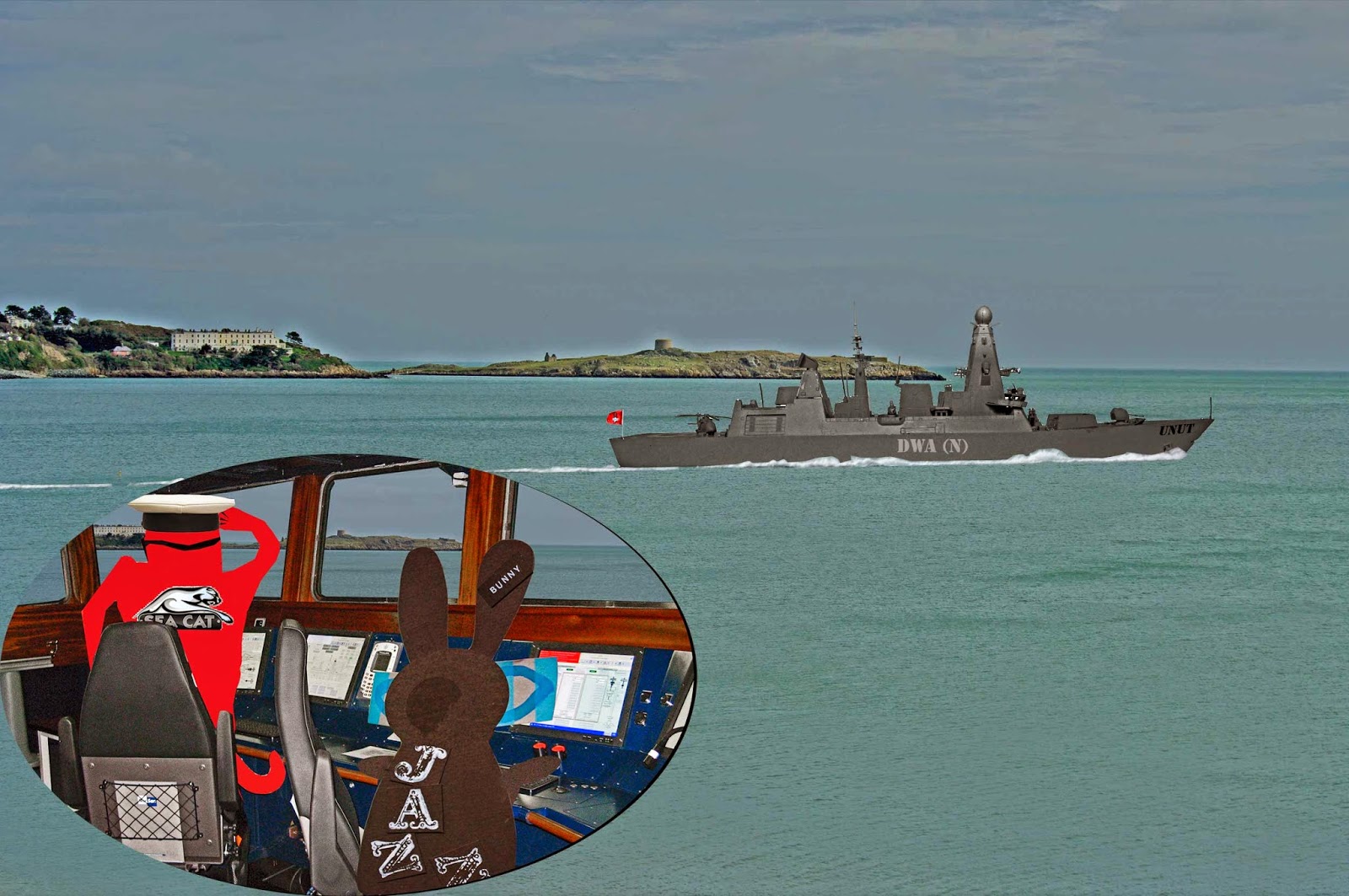 The day was calm enough when they set out and the Unut sliced through slack water, leaving only a rudimentary wake. The Wabbit nodded with satisfaction. "How are we looking, Chief?" he smiled. Skratch the Cat wasn't going to be happy until they had cleared the coast, but he smiled anyway and purred. "On radar, we look like a fishing boat." The Wabbit shuffled his paws from side to side and his voice was dry. "Now the fishermen cast the net." "What is the drill, Commander?" asked Skratch. "Two points off the starboard bow for 70 miles," said the Wabbit, "then an Anderson Turn." "That's a circle, Commander," said Skratch. The Wabbit nodded. "Make it look like someone's overboard. Send Lapinette up in the chopper. It's got to look convincing." Skratch waited. "Scour around then set a course for Ardnamurchan," advised the Wabbit. "Fifteen knots, no hurry." "Tell me more about that craft," said Skratch. "How will we recognise it?" The Wabbit shook his head. "We don't have to. She'll recognise us." "And then?" asked Skratch. "And then, I don't know," replied the Wabbit. "Need the guns?" asked Skratch. The Wabbit thought for a very long time and then shrugged. "Maybe," he said.
at April 09, 2014