7. The Wabbit and the Manifestation 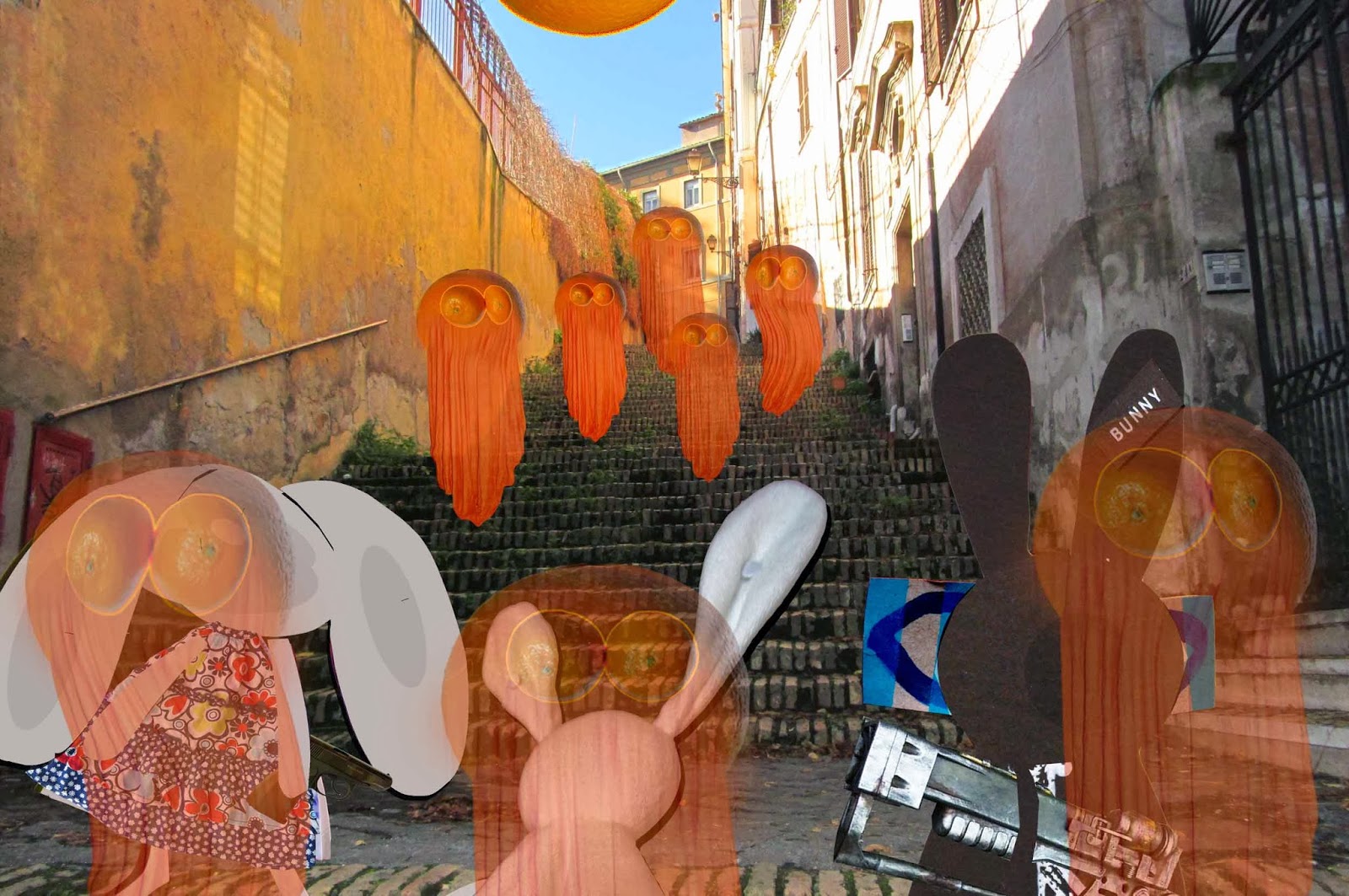 The Wabbit was hot, his brain was hot and his gun was hot. At this precise juncture, there was little about the Wabbit that was cool. The temperature rose steadily as Lapinette, Ghost Bunny and the Wabbit toured the city for the Orange Phantoms without success. But as they climbed the old stairs to the ancient monastery, they suddenly materialised. Phantoms wafted down the steps wihout so much as by your leave and the Wabbit growled under his breath. "Halt!" he shouted, but nothing happened. Nothing whatsoever. Except that the Phantoms kept coming. "Hold onto your fur!" shouted Ghost Bunny and braced herself as they marched closer and closer and passed straight through everyone. "Ooooh," said Lapinette, "that felt clammy hot." "I hate that," said Ghost Bunny. "Good grief," muttered the Wabbit. "They're not the slightest bit interested in us." "Are you upset?" laughed Lapinette. "Not at all," said the Wabbit. "No offence taken. I guess shooting them won't work then?" Ghost Bunny shook her head. "They like energy." "I could use some myself," said the Wabbit wearily. "I suppose we'd better follow them," suggested Lapinette. "How long can you follow an orange?" asked the Wabbit. Lapinette smiled. "Until they run out of juice."
at February 03, 2014