8. The Wabbit and change in Weather 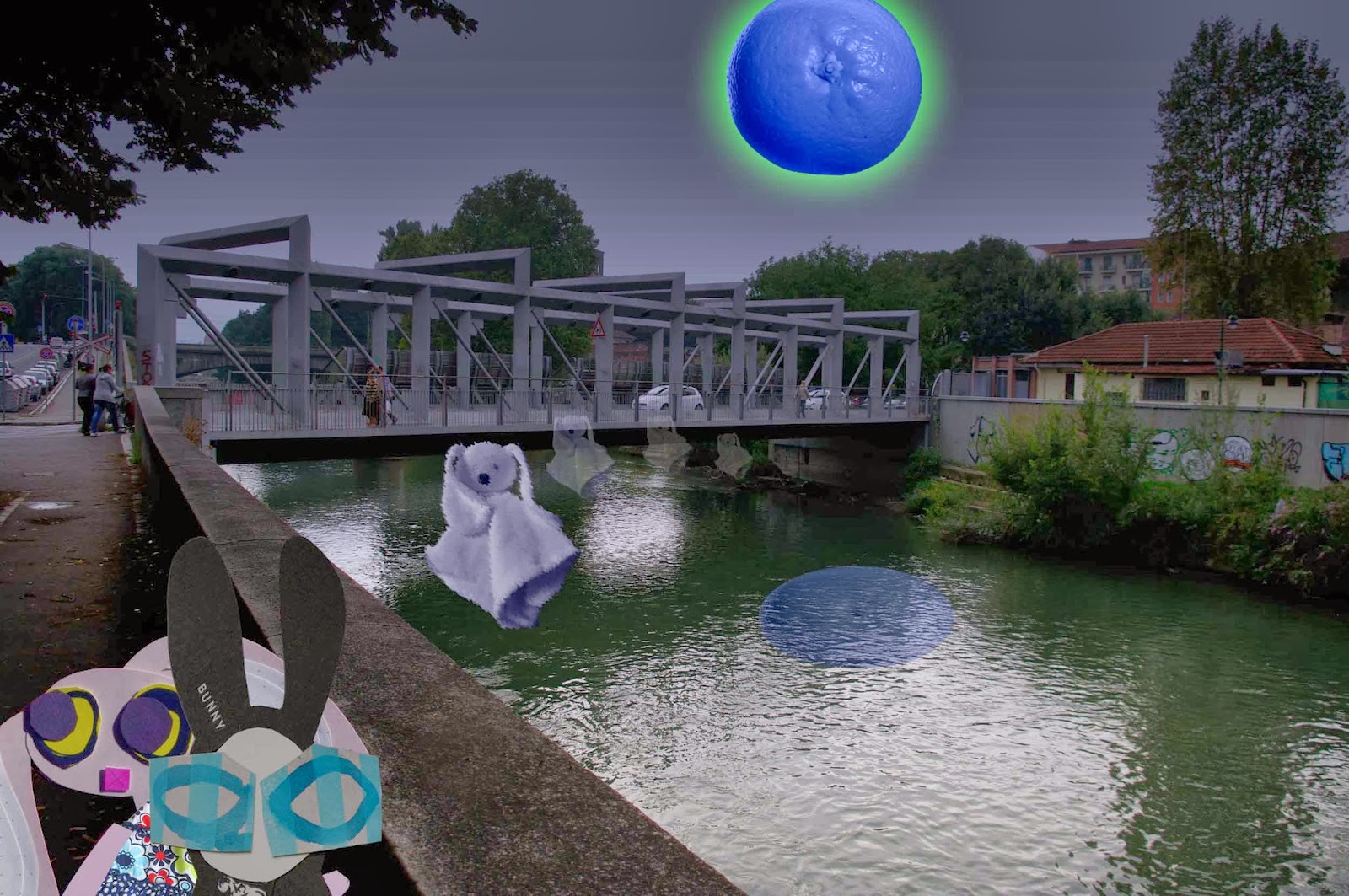 They lost sight of the Phantoms as they crossed the bridge and as they walked beside the river they felt a sudden chill. "It's happening, it's happening!" screeched Ghost Bunny. "What's happening?" shivered the Wabbit. Ghost Bunny shivered too. "This is how they do it," she moaned. Now the Wabbit was very cold and he grunted again. "Spit it out, Ghost Bunny!" Ghost Bunny wailed frantically. "They're looking for energy and when they find it, they'll take it." The Wabbit clapped his paws for heat and grunted again. "Then they convert it and their planet glows blue." continued Ghost Bunny. "I wish you'd tell us the whole story, Ghost Bunny," said Lapinette. "I feel rather in the dark." "The Phantoms worship their sun and continually feed it," sighed Ghost Bunny. "They rampage their constellation for loot." "We're too far away for that," scoffed the Wabbit. "Well, they must be desperate," replied Ghost Bunny and she haunted up and down for some time. "What are they looking for exactly?" asked the Wabbit. "Primeval atoms," said Ghost Bunny. "But they don't really exist, do they?" said Lapinette. "Oh they do, they do!" moaned Ghost Bunny. "Then what do they look like?" asked the Wabbit, stamping his feet. "They're about the size of a ..." Ghost Bunny thought for a second. "Tangerine?" suggested Lapinette.
at February 05, 2014