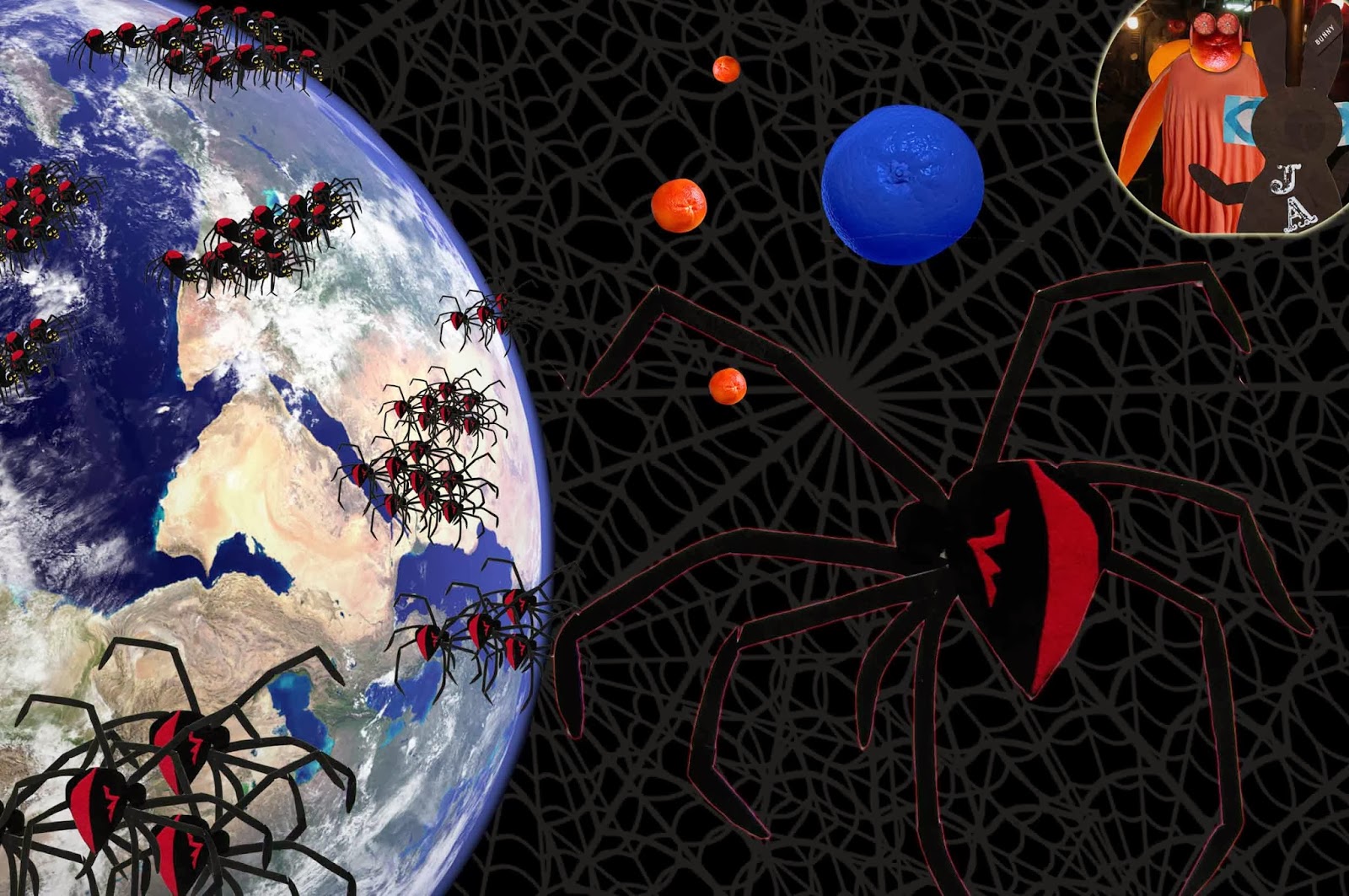 Spiders came in their thousands - perhaps millions - and they filled the space around earth as if it was theirs to command. And despite their vast numbers, they moved with one single mind. "Red Citrus Spiders!" called Marshall Duetta Spyder telepathically. "Here!" The unified voice of the spiders whistled through the galaxy. "They have seized our worker energy," said Duetta. "So what shall we do?" "Take it back," came the single voice of the spiders, creating a wind of such force that it altered the course of major asteroids. There were so many spiders that their gravitational pull was overwhelming and it gripped the fabric of space in an increasingly tightening lattice. "Hold the orange crafts," commanded Duetta. "Leave the blue one for now, but be ready." Inside the blue craft the Wabbit turned to face his adversary. "What is this trickery?" snarled the Phantom. "No trickery," said the Wabbit. "These are citrus spiders." "What do they want with us?" asked the Phantom. The Wabbit shrugged. "They want to eat you," he said. "Citrus represents their energy and you stole it." "They are small," sneered the Phantom. The Wabbit raised an eye, bared all of his 28 teeth and snarled. "They are many!"
at February 24, 2014