12. The Wabbit and Undeclared Cargo 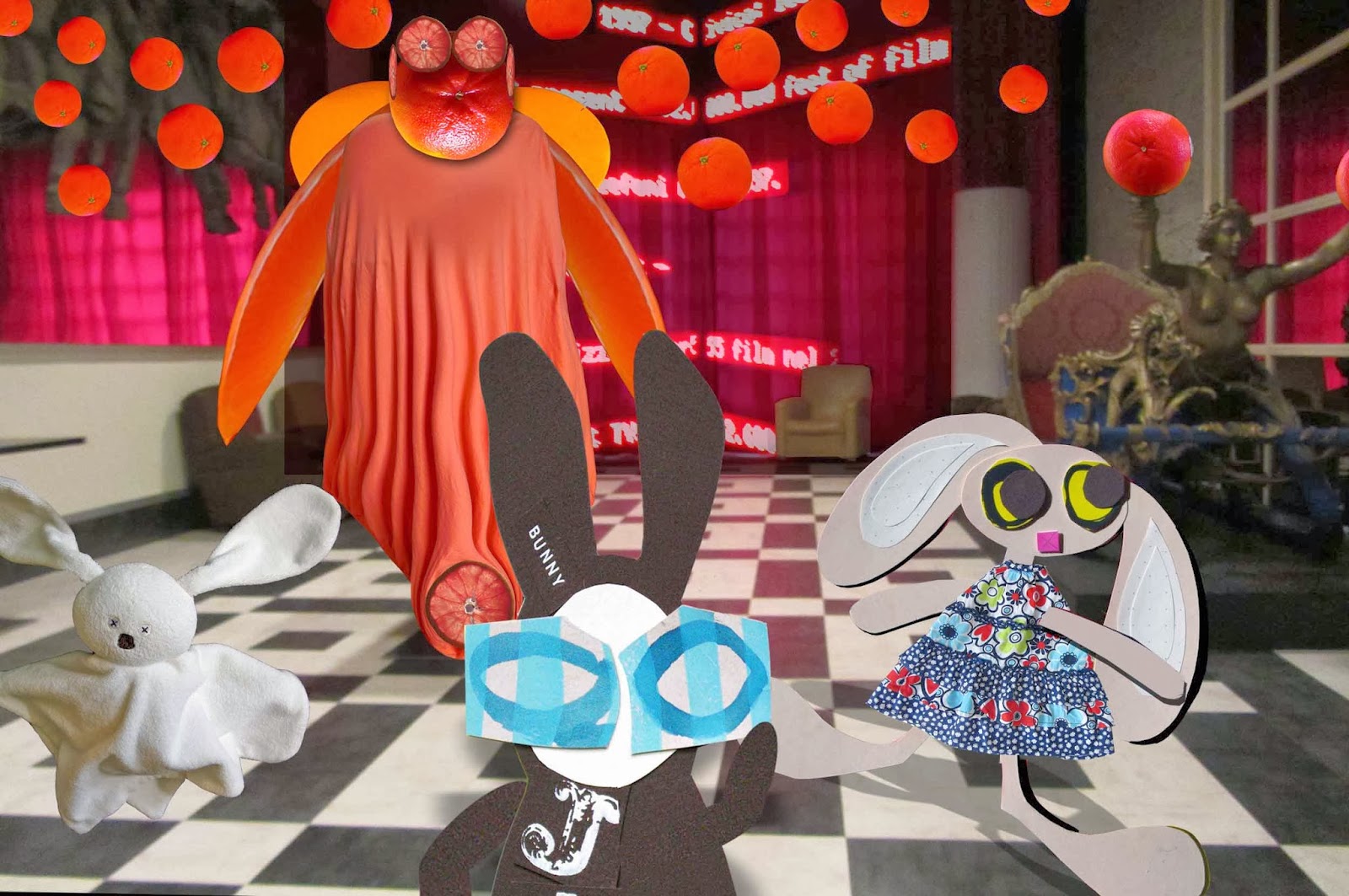 There was a rumbling and a crashing and the creature spoke for the first time. "Cargo arrives!" he shouted and started to spread his wings. Oranges shot through every gap and soon the room was swirling with them. Before long they assembled in formation behind the creature and the Wabbit became aware of the faintest hum. With it came an unpleasant vibration and the Wabbit began to feel distinctly uncomfortable, then nauseous. He looked at Lapinette but Lapinette was already turning away and Ghost Bunny had a pallor that defied colour itself. "Time to go!" shouted the Wabbit and he waved the way forward. "Where to?" shouted Lapinette. "Somewhere more congenial," yelled the Wabbit. But the floor began to feel sticky and a strong smell of citrus filled the room. The Wabbit pulled his feet from the tiles with difficulty, then managed to make some ground, but it was heavy going. Lapinette's long legs served better to coast over the surface and she nearly flew, while Ghost Bunny put her shoulder behind the Wabbit and pushed. They all shot forward and into another space. Suddenly there was no more sound or vibration or sticky citrus smell. Everything was still. They stayed panting in the darkness for a moment and then the Wabbit spoke. "Is this the way out?"
at February 14, 2014