16. The Wabbit and the Added Map 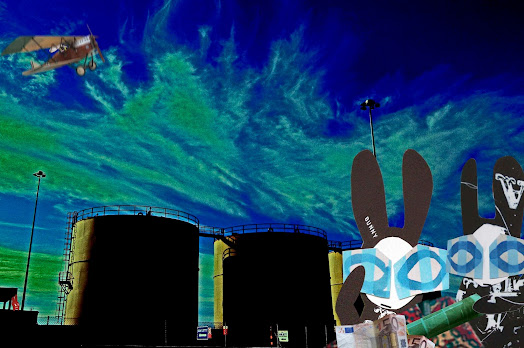 The sky seemed to reflect the island and it bathed the Wabbit in an aquamarine glow as he rummaged in the bag. He knew very well that Wabsworth had appeared behind him but he continued to rummage. "I'll give you a receipt for the cash," said Wabsworth, "and I will enter the sum in the seized assets ledger." The Wabbit dug deeper and reached into the lining of the bag. "I don't care about the money." He gently pulled out a scroll and squinted at it. "I came for this, it's a map." He passed it to Wabsworth who unrolled it as the Wabbit explained. "The Wablantis map was lost on our last trip and somehow the frackers found it and came here." Wabsworth stared at the map. Then he turned it round and looked on the back. "Someone has added a new map." The Wabbit ran has eyes across it in wonder. "It's a star map!" Wabsworth scanned the map and let his circuits consult his memory banks. "These are earth-like planets, circling a sun which is provisionally known as Wablet-1." "There's a note underneath," pointed the Wabbit. "It says the whole place is terribly dangerous and on no account should anyone even consider making a trip." Wabsworth's scowl had some humour. "Then the authors of the new map are hiding something." The Wabbit chortled. "So let's play hide and seek ..!"
at February 27, 2017